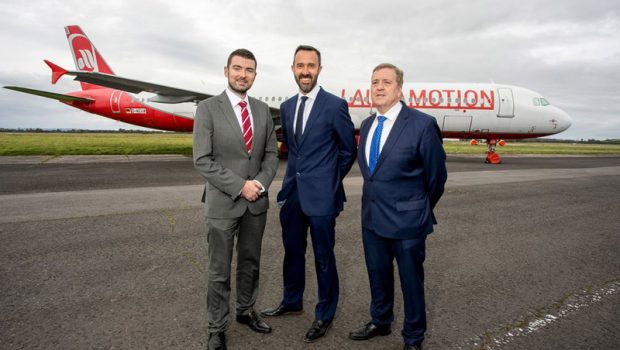 Shannon Airport has welcomed today’s announcement by Austrian airline, Lauda, of a new service from Shannon to Vienna next year. The announcement will see the first scheduled Vienna service ever at Shannon and the first time that Lauda will have operated at Shannon. Flights will run twice weekly from the end of March 2020 on Wednesday’s and Saturday’s. Lauda currently operate a fleet of 22 Airbus A320 aircraft.

“This is very positive news for Shannon as not alone do we get a scheduled service to one of Europe’s most visited cities and a strong inbound market for tourists to Ireland, but we are also getting a new carrier on the runway here as well. We have been working closely with Lauda and their parent Ryanair, to deliver this service and are looking forward to the airline commencing operation in the New Year,” said Andrew Murphy, Managing Director, Shannon Airport, a Shannon Group company.

“This will be the first summer service connecting Austrian holidaymakers directly to the Wild Atlantic Way, and as such provides an opportunity to attract more visitors to this breathtakingly beautiful part of Ireland,” he said.

Lauda’s CEO, Andreas Gruber said: “Lauda is pleased to launch a new Shannon route to Vienna, commencing in March, which will operate twice weekly as part of our summer 2020 schedule. Customers in Shannon can now book flights to Vienna as far out as October 2020 flying on the lowest fares and with the greenest/cleanest airline group in Europe, with the lowest CO2 emissions.”

The new Shannon service has been secured with the assistance of Tourism Ireland and the increased route development fund for regional airports announced in Budget 2020 is a significant factor. Commenting on the announcement, Brendan Griffin TD, Minister of State at the Department of Transport, Tourism and Sport said: “I am very pleased with this announcement today and it is great to see that regions are already seeing dividends from the Government’s decision to increase marketing funds for regional airports.”

Shannon Group CEO, Mary Considine said; “Shannon Group is an important driver of economic activity, and integral to that is providing airline services to the region. Securing this so soon after the announcement of the Budget 2020 increased Tourism Ireland route develop fund shows what can be achieved through this type of partnership and we thank Tourism Ireland for its continued support.”