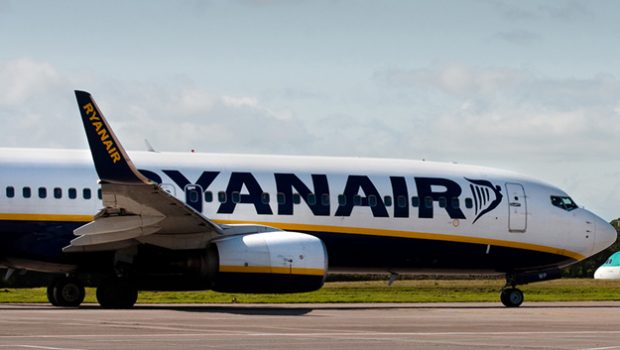 Ryanair has launched four new Dublin routes as part of its Summer 2020 schedule. The new routes are to Marseille (5 per week), Palanga in Lithuania (3 per week), Podgorica in Montenegro (2 per week) and Verona in Italy (3 per week). Ryanair also announced two new summer services from Dublin to Billund in Denmark (2 per week) and Toulouse (daily) in France. Frequencies will also increase on routes to Bristol (3 daily), Bydgoszcz (3 per week), Riga (daily) & Vilnius (4 per week). There are now 105 Ryanair routes from Dublin and 160 from Ireland. 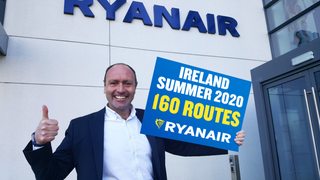 The airline also announced an extension to the Cork-Katowice service for the summer 2020 season. The route will launch in October and will be operated by subsidiary Ryanair Sun (Buzz). Frequencies will also increase on the Malaga (6 per week) and Palma (4 per week) routes. Ryanair’s passenger numbers at Cork Airport are forecast to rise by 23% in 2019, the largest increase among all Irish airports. This winter, Ryanair will operate five new services from Cork to Alicante, Budapest, Malta, Katowice (Buzz) and Poznań (Buzz).

Commenting on the announcement, Managing Director Niall MacCarthy said: “We are thrilled to see our biggest airline customer, Ryanair, expand its services from Cork Airport again next summer. The brand-new Katowice route is set to kick off in October and we are delighted that it will now also be included in the 2020 Summer Schedule. With the added flights to Ryanair’s Malaga and Palma De Mallorca summer routes, Cork Airport is in a firm position to continue its strong growth trajectory.”

“Ryanair is a valued airline partner and we understand the turbulent global economic climate that the aviation industry is facing. Ryanair will continue to operate 15 routes and carry 775,000 passengers from Shannon in 2020, and we are actively engaging with all our airline partners to explore opportunities to attract new Shannon services.”