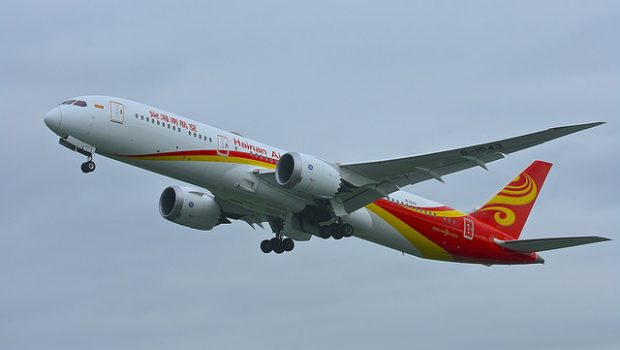 Almost 3.5 million passengers travelled through Dublin Airport in July, making it the busiest month in the airport’s 79-year history. Passenger numbers increased by 4% compared to July 2018 as the airport welcomed an average of more than 110,000 passengers per day during the month.

The number of passengers on domestic flights declined by 3%, with just over 10,800 people taking flights within the Republic of Ireland last month. Dublin Airport traffic is up 6% so far this year with more than 19 million passengers travelling through the airport in the seven months to the end of July. Dublin Airport has welcomed just over one million additional passengers during the period.

More than one million passengers have used Dublin Airport as a gateway to connect onward to another destination between January and July, which is a 9% increase compared to the same period last year.

Hainan Airlines to Pull Out of Dublin

Hainan Airlines closed reservations for the Shenzhen-Dublin route from 30th August  and Beijing to Dublin and Edinburgh from 31st October. The Shenzhen route only began in February this year but has reportedly suffered from poor load factors. The news will also affect Edinburgh as the same flights also served the Scottish capital. Many have blamed the Air Passenger Duty (APD) which the Scottish Government have failed to cut.

A Scottish Government spokesperson said: “We are disappointed Hainan has suspended the Dublin and Edinburgh service as part of its winter schedule and we hope they will return for summer 2020 when passenger numbers are likely to be higher.”