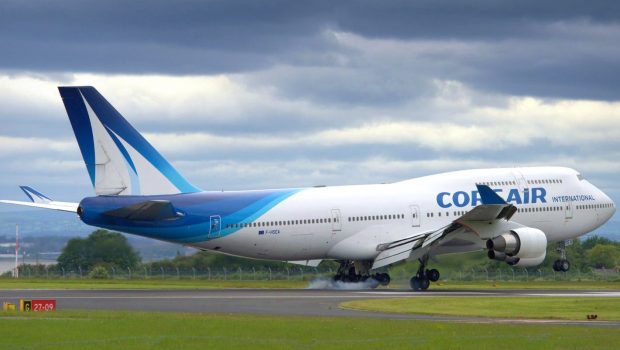 With major sporting events reaching further afield than individual countries, in the world of football, the Champions League embraces the continent of Europe as top-division clubs battle it out for the title Best Team in Europe………….

As a result Liverpool John Lennon Airport became the centre of attention the weekend of 31st May to 2nd June, not only for travelling fans but also for aviation enthusiasts, as Liverpool and Tottenham were due to play out in the final held in Madrid, since Real Madrid were 2018 Champions.

Ordinarily this concentration of aircraft at a UK airport would be merely a blip on the enthusiast’s radar. The difference regarding this gathering was certainly worthy of attention. Incredibly it’s been a decade since a Boeing 747 visited Liverpool Airport, yes ten years since a ‘Jumbo’ or any double-decker graced Liverpool with its presence……….until now.

As part of the air-lift of Liverpool fans tens of additional flights were chartered to handle the sheer volume. Highlight of visiting aircraft was the impressive B747-422 of Corsair International (F-HSEA) bringing Jumbo-jet visitation back to Liverpool after a lengthy absence. The French charter airline based at Paris – Orly operates three B747-400’s and four Airbus A330-300’s & 200’s each wearing the attractive livery featuring the ever pleasing ‘French’ hues of blue.

Having completed an 11 hour flight back to Paris from Saint-Denis Reunion the day before, F-HSEA made its way to Liverpool from Paris on Friday (31st May) landing at 10.22am to a thrilled crowd eagerly awaiting the stunning Corsair ‘Queen of the Skies’. A magnificent sight bearing down on Runway 27 with the River Mersey on its left side upon approach.

Others joining the Liverpool exodus included numerous Vueling and Iberia Express A320’s and A321’s, Air Europa B737-800’s but of real interest to enthusiasts was Titan B757-200 (G-ZAPX), Virgin Atlantic A330-343 (G-VLUV) and surprisingly an Ethiopian B787-9 Dreamliner (ET-AUP) and a real wow-factor was B767-35D(ER) of Aeronexus with ZS-NEX. This 29yo (1990) modern classic is a rare find and one for the spotters on the day. The Liverpool FC team had the pleasure of travelling on board and the old-timer received a water-cannon salute upon arrival back at LPL a couple of days later. 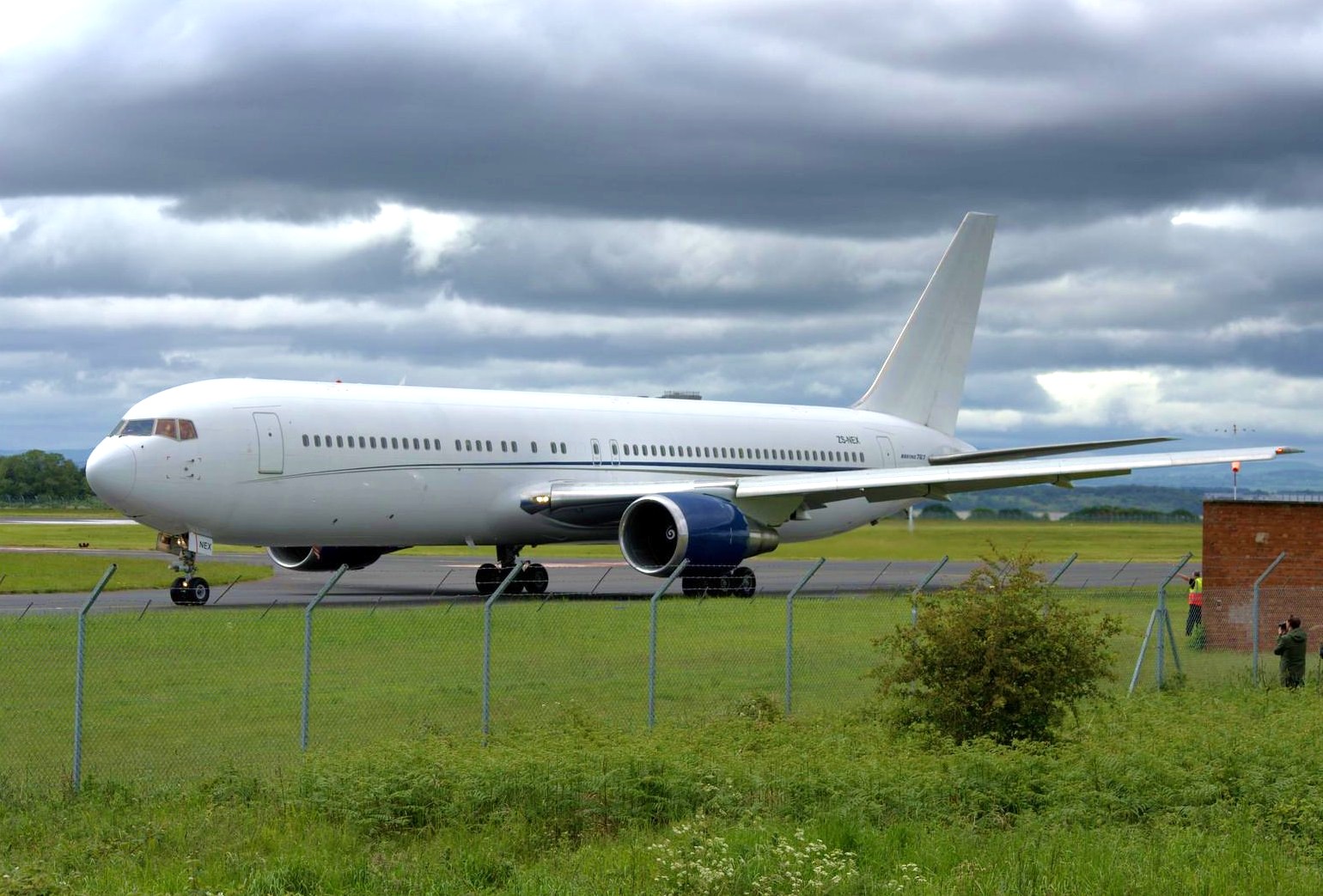 With the last of the ‘Reds’ on board the B747 which is configured with 36 Business & 497 Economy seats, staggering accommodation figures but down on its previous configuration of 24 & 558 pre 2010, the mammoth airliner made its way to the threshold of RW27. Landing this empty B747 on a sliver of tarmac measuring 2,285m, not the longest stretch at a UK airport, was no mean feat but departing a couple of hours later, with 500+ passengers in tow and getting airborne before the gloomy depths of the Mersey approached required an element of skill and concentration by F-HSEA’s pilot’s. But away it went, all-be-it in a cloud of dust and jet-blast at the far end of RW27.

Taking up the rear the following morning, Saturday and bringing the last of the fan’s over to Spain was a mighty B777-39M(ER) (F-OLRE) of Air Austral, an Iberia A330-202 (EC-MLP) and an old enthusiasts acquaintance, ALK Airlines MD-82 (LZ-DEO) and what a great addition for the weekend’s movements at Liverpool Airport. It appeared on these two day’s all routes out of Liverpool Airport lead to Madrid – Barajas.

Having put in a return Paris – Saint Denis flight during the Big Match on Saturday, F-HSEA was back in Madrid on Sunday to deliver the winning team home again. A 2-0 victory over Tottenham made the two hour flight home seem all the quicker. A 3.30pm touch down on RW27 saw this ‘heavy’ throw out its anchor and use all its ability to come to a halt, spectacular.

No time to rest for the 26yo B747, as it was a quick dash back to Paris Orly before being readied for a night flight to Saint-Denis Reunion once again. If it’s 1h 10min Liverpool – Paris flight seems short for a B747 well the following day, Monday this trans global Jumbo-jet made what must be one of the shortest flights for the type. An ultra-short 28min flight at 5,500ft between Saint-Denis and Port Louis Mauritius. Completing the return leg later that night at a slightly slower 33min. And who said Island hopping was the work of Britten-Norman Islanders and Twin Otters. 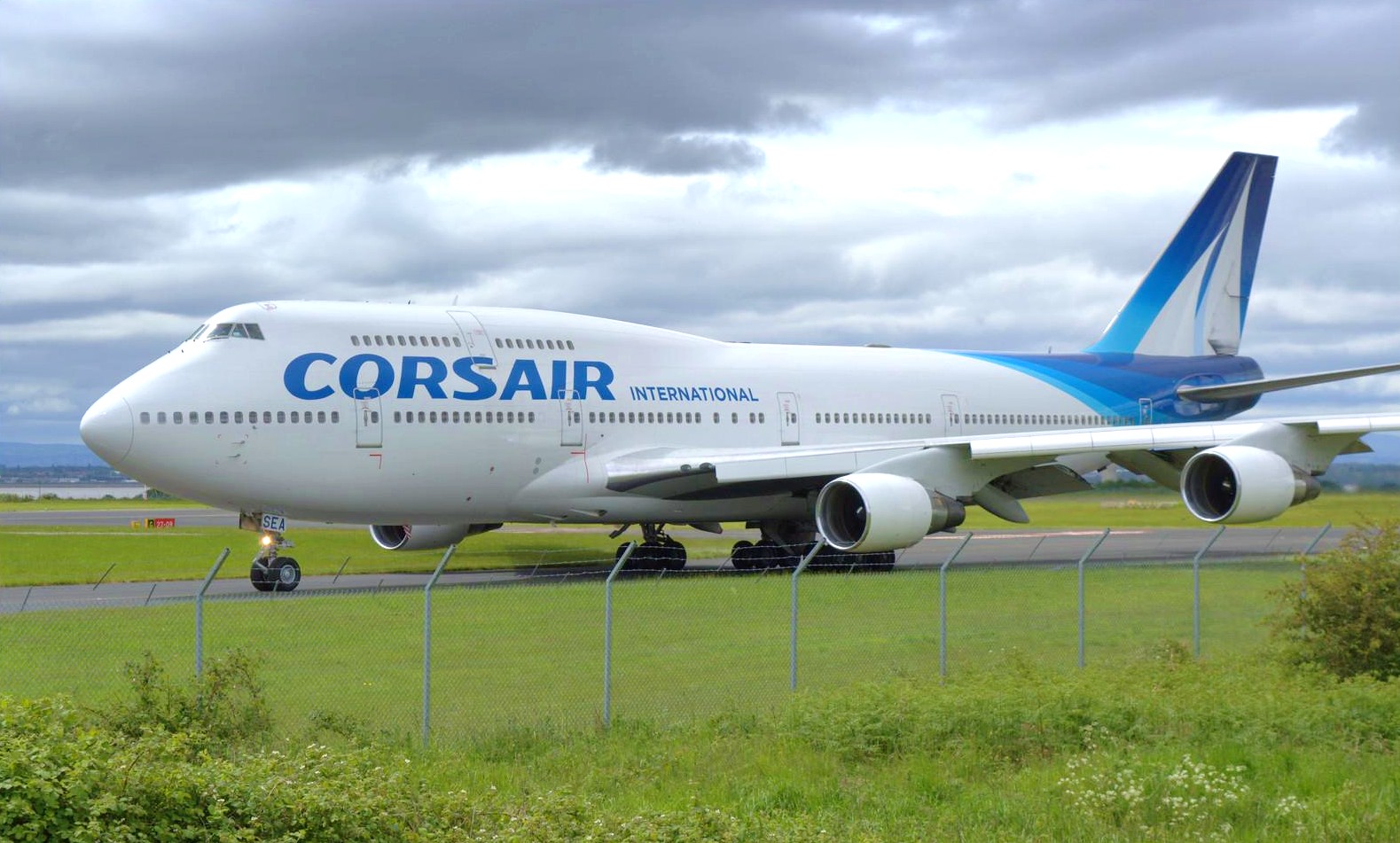 To finish off a weekend of football fans and aviation fans, as eluded to earlier, ten years since a B747 performed a service at Liverpool Airport. It was indeed this very same event, Champions League that brought the last. That time back in 2009 it was EC-KSM of Pullmantur Air. Good news, this ‘Queen’ is still spreading its wings around the world, these day’s it’s with Wamos Air.

The question remains, will it be another ten before Liverpool Airport experiences the Boeing 747……… 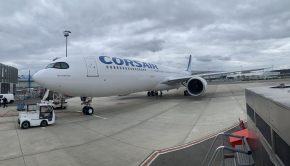 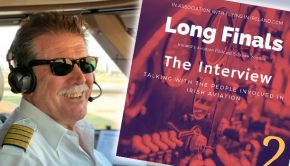