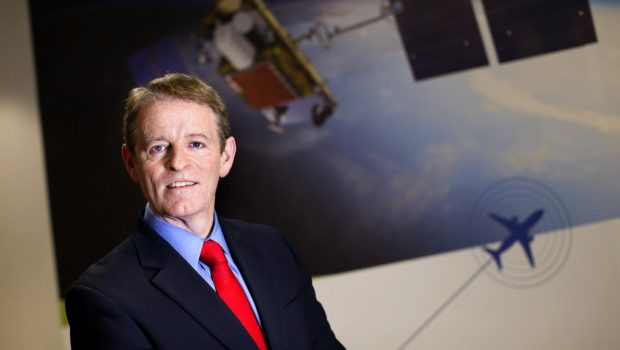 Founded in 1960, Eurocontrol currently has 41 member states and is headquartered in Brussels, Belgium. The organisation employs approximately two thousand people and operates with an annual budget in excess of half a billion Euros. Although Eurocontrol is not an agency of the European Union, the EU has delegated parts of its Single European Sky regulations to Eurocontrol, making it the central organisation for coordination and planning of air traffic control for all of Europe. The organisation works with national authorities, air navigation service providers, civil and military airspace users, airports, and other organisations.

Ms Anne Nolan, Chairman of the IAA said, “On behalf of the Board of the IAA, I wish to congratulate Eamonn on his successful appointment.  Eamonn has provided visionary leadership for the IAA and the Irish aviation industry over many years and we wish him well in in his new position at the helm of the European air traffic management industry.  We are tremendously proud of this marvellous achievement.  This is a very prestigious position and a great reflection on his character and competencies as an aviation leader who is admired and respected throughout Europe.  For the IAA, the process to select Eamonn’s successor will commence over the Summer through an open process.”

“The 41 Eurocontrol Member States are delighted to welcome Eamonn Brennan as the Director General of Eurocontrol as of 1 January 2018.” said Mr. Piotr Samson, President of the Eurocontrol Permanent Commission and Director General of Civil Aviation of Poland. “Eamonn Brennan is a leading figure in European aviation. His leadership experience and understanding of the issues facing air traffic management today will be invaluable in ensuring that Eurocontrol can respond to the evolving needs of all the Agency’s stakeholders and support the full implementation of the Single European Sky in a pan-European context.”

Mr. Brennan was the Commercial Director of the Authority prior to his appointment as Chief Executive in 2003. He is qualified as a Chartered Accountant and prior to joining the IAA he worked for a decade in executive and consulting roles in Ireland, UK, Malta and in South East Asia, mainly in the travel, aviation and tourism industries. He has an avid interest in aviation and has held a private pilot’s licence and has enjoyed flying in Ireland, the UK, Europe and Malaysia.

On his selection as the Director General designate, Eamonn Brennan thanked the Irish State and the Director General Civil Aviation Ireland for his nomination.  He thanked the Eurocontrol Permanent Commission and the Provisional Council for putting their trust in him.  “I hope that I can bring my experience to Europe and Eurocontrol as a unifying force to manage the safe and progressive development of European aviation over the next five years,” said Eamonn.