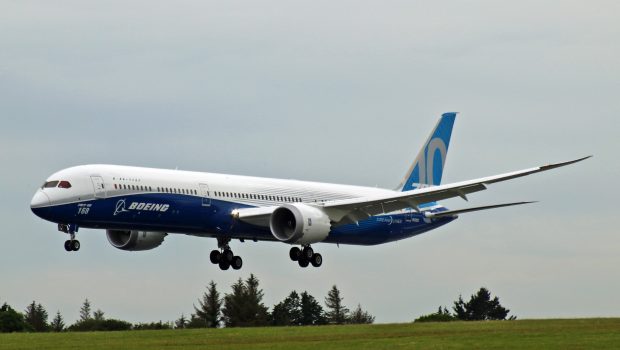 Shannon Airport played host to the first visit on Irish soil of the new Boeing 787-10 Dreamliner. The aircraft, N528ZC, made a fuel stop at Shannon Airport on Tuesday 20th June on its return journey to the United States following a publicity trip to the Paris Airshow at Le Bourget. There is currently 149 orders for the latest version of the Dreamliner which only made its maiden flight last March. Air France, British Airways, Etihad, Singapore and United Airlines are among the first customers for the new airliners  along with some leasing companies. Boeing now have three airframes taking part in the flight test programme and first deliveries of the aircraft are expected for early in 2018 with Singapore Airlines to be the launch customer. 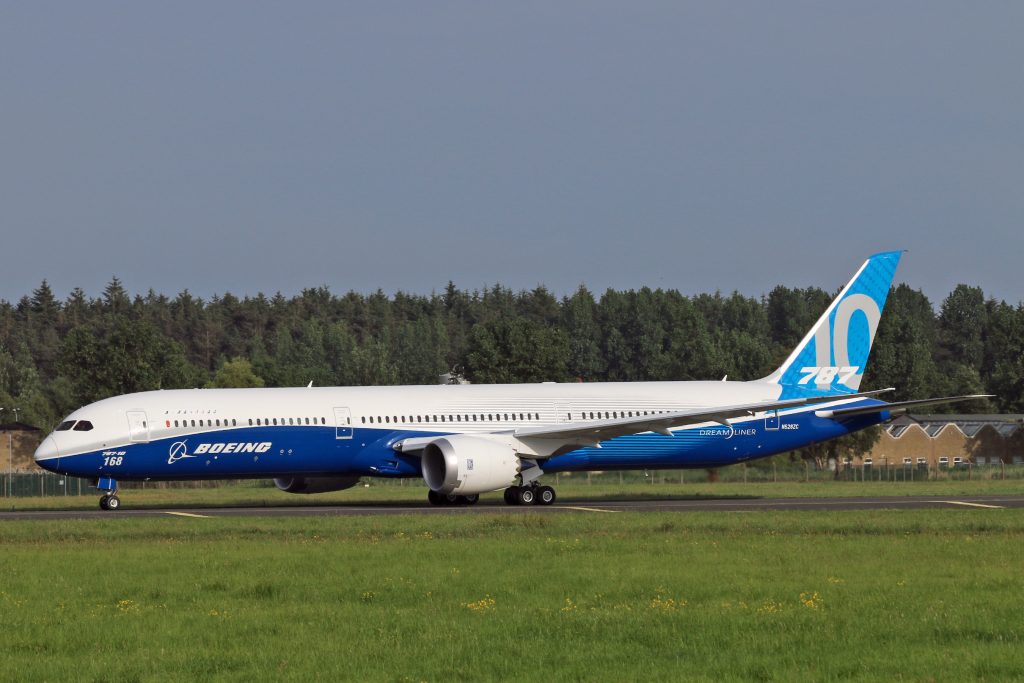 The Boeing 787-10 Dreamliner in the evening sun at Shannon Airport. Photos by Malcolm Nason.