Join Eamonn Brennan, Director General of EUROCONTROL, and Daniel Baker, CEO of FlightAware, as they sit down to discuss the

Eurocontrol has issued a new set of Traffic Scenarios for the period up to June 2021. Air traffic throughout Europe

EUROCONTROL’s Aviation Hardtalk Live: The latest views from aviation’s key players. How can we build back better European aviation after

Eurocontrol has revised downwards its Draft Traffic Scenarios up to February 2021. Under its new “Current Status Scenario”, the total

Eurocontrol, the European Organisation for the Safety of Air Navigation headed by former IAA CEO Eamonn Brennan, have published two

On Thursday 9th April there were just 298 flights through Irish airspace, an 84% drop when compared to Thursday 11th 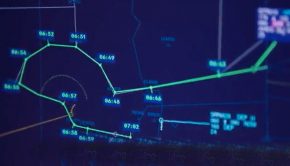