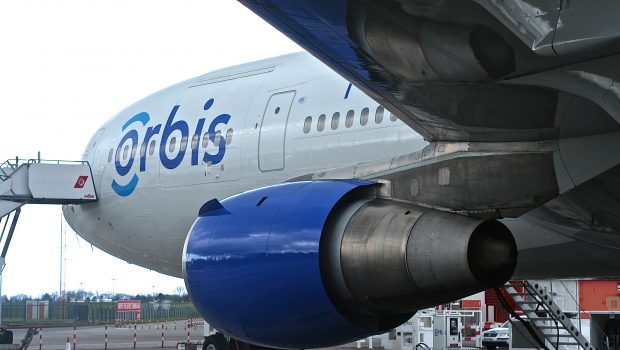 On board the ORBIS Flying Eye Hospital

Flying In Ireland recently had the opportunity to visit the ORBIS Flying Eye Hospital on its promotional visit to Dublin Airport. The aircraft is a 1973 built Douglas DC-10 that has been upgraded to an MD-10 standard, operating with a flight crew of two. Fed Ex donated the aircraft to ORBIS and the flight crew are active Fed Ex pilots that volunteer to fly for ORBIS in their spare time.

The MD-10 boasts a state of the art operating room equipped with audio visual technology that transmits live 3D surgeries to the students onboard in the 46-seat classroom. The aircraft also houses a laser treatment room, sterilisation room and a pre and post surgery recovery room where anaesthetic can be administered.

Lack of adequate training for healthcare professionals is a problem around the world. Providing first-rate training is essential to solving this problem, and it’s a primary component of ORBIS’s efforts. ORBIS focus on increasing skills and knowledge of their partners. The ORBIS approach is not to train just the ophthalmologists, but to train the entire team. This approach affects the entire eye health system as skills are transferred from the medical volunteers to the doctors and nurses they train and in turn to entire teams of eye care professionals. This improves the quality of patient care standards and clinical efficiency leading to better patient outcomes.

In 1999, ORBIS set up an office in Ethiopia and between 2003 and 2012; the Flying Eye Hospital undertook numerous training programs to advance their work there. In the 18 years since, ORBIS has worked tirelessly to eliminate the painful blinding condition, trachoma. The prevalence of trachoma has reduced by 75% in the regions where ORBIS has operated.

The first ORBIS aircraft took to the skies back in 1982 and since then both the aircraft and the missions have evolved. Originally flying a Douglas DC-8 and then later upgrading to a DC-10, which visited Dublin previously in 2007, and in the past couple of years, the MD-10 has taken over as the dedicated aircraft. Being a freighter aircraft, the hospital sections of the aircraft are designed to be loaded as palletized units and the forward section of the aircraft is the classroom with airline style 10 abreast seating layout. All areas aft of the classroom are designated as ‘cargo’ by the FAA, which means, that any items here do not need to be tested to the highest standards for flight. This helps to keep the costs down for ORBIS as even small items such as light fittings and shelving units that need replacing can be purchased locally and are not subject to FAA standards for aircraft. When the aircraft is being readied for departure following a mission it takes the on board staff a full day to ensure that every item is weighed and all items are strapped down prior to flight. On arrival at the start of a mission, the ‘hospital’ on board can be ready for use in about 4-5 hours.

The Flying Eye Hospital (now in association with biofinity) recently completed its first programme to Shenyang, China where 24 patients were treated providing 18 local doctors with hands-on surgical training. The aircraft is currently on a 9 day stopover in Dublin before continuing on with a promotional tour to London and then plans to carry out missions to Vietnam, Cameroon, Ethiopia, Benin and Bangladesh in 2017. A typical mission for ORBIS usually lasts 3-4 weeks in any one location. 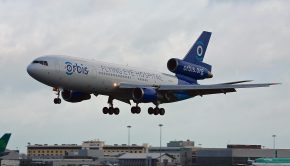