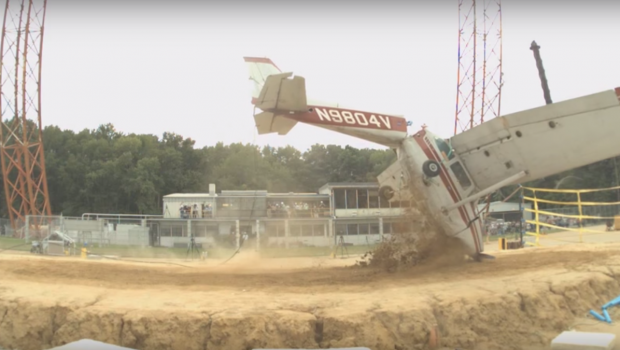 A Cessna 172 dropped 100 feet Aug. 26, 2015 at NASA’s Langley Research Center in Hampton, Va., in an effort to help search and rescuers save more lives. NASA’s Search and Rescue Mission Office, based at NASA’s Goddard Space Flight Center, simulated a severe but survivable plane accident to test five emergency locator transmitters (ELTs) on board. Researchers are working to improve ELT systems. This was the last of three crash tests of three different Cessna 172 aircraft. Each of the three tests simulated different, but common, crash conditions.