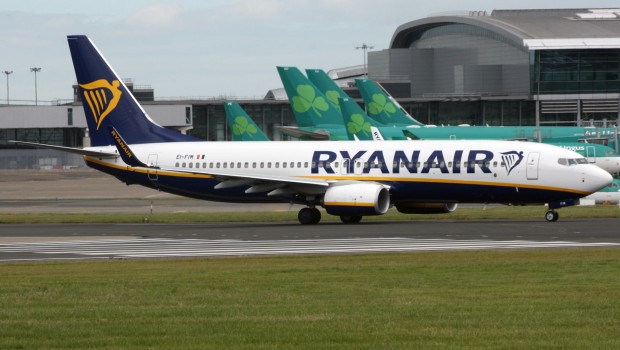 On 10th July the Board of Ryanair Holdings PLC confirmed that it had voted unanimously to accept the IAG offer for Ryanair’s 29.8% shareholding in Aer Lingus Group plc. Ryanair’s stake in Aer Lingus has been available for sale since May 2012. It had previously indicated that it would “work with whomever the Government sells its 25% stake to” even if it was not them and that they “would welcome any other financially strong airline/investor who acquires this stake, and who could then work with Ryanair and other shareholders to restore shareholder value, which has plunged by two thirds from over €3 to less than €1 per share currently”. The Ryanair Board now believes that the current IAG offer maximises Ryanair shareholder value.

In line with this decision, Ryanair will now vote in favour of the motion at the Aer Lingus EGM on the 16th July next (to give the Irish Government a golden share over Aer Lingus’s Heathrow slots) and Ryanair will also vote its 29.8% shareholding in favour of acceptance of the IAG offer, subject to this offer receiving regulatory approval from the European competition authorities.

Separately there are indications that IAG will receive competition approval for its €1.36 billion bid for Aer Lingus after improving concessions to ease competition worries. RTE reports that these concessions include giving up some airport slots in London and special prorate agreements with rivals. Prorate deals typically allow competing airlines to obtain favourable terms allowing them to carry passengers on connecting flights in order to feed into the rivals’ own flights.

IAG had previously offered only prorate deals but was forced to bump up concessions after the European Commission said these were not sufficient. The EU competition authority is scheduled to rule on the IAG takeover bid by 15th July.

“We believe the IAG offer for Aer Lingus is a reasonable one in the current market and we plan to accept it, in the best interests of Ryanair shareholders. The price means that Ryanair will make a small profit on its investment in Aer Lingus over the past nine years. This sale of our stake is timely given that our original strategy for Aer Lingus (to use it as a mid-priced brand to offer competition to flag carriers at primary airports) has been overtaken by the successful rollout – since Sept 2013 – of Ryanair’s “Always Getting Better” strategy, which has seen the Ryanair brand successfully enter many of Europe’s primary airports, being rewarded with strong growth in our network, traffic, load factor and profitability, while keeping our fares low and our punctuality high.

Separately, SIPTU has pledged to step up its campaign to protect the terms and conditions of Aer Lingus employees following the decision of Ryanair to agree to the sale of the airline.

SIPTU Aviation Sector Organiser Greg Ennis said SIPTU was not surprised by Ryanair’s “profit-driven” decision to sell its shareholding in the airline. Would he have been less surprised if they had sold at a loss, or God forbid from SIPTU’s point of view, if Ryanair had been successful in its bid.

He went on to say that he hoped the future of the airline would be secure, but warned they would be campaigning to copper fasten their members’ terms and conditions in a Registered Employment Agreement to beat off threats like outsourcing.

“The real debate on the sale of Aer Lingus had taken place in 2006, but that some who were now shouting loudest against the sale had been very quiet then”, he added. In our opinion, the actual real debate is what would happened to Aer Lingus if they had not had the funds from the last part privatisation to weather the economic crisis that have affected the industry since then.