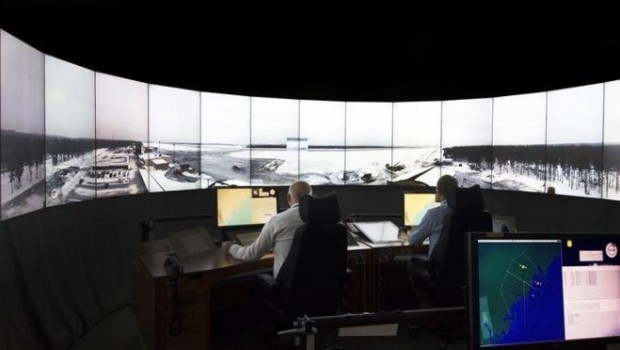 The Irish Aviation Authority (IAA) announced today that it has signed a contract with Saab to deliver a Remote Tower Centre to Dublin Airport through corresponding remote tower installations at Cork and Shannon Airports. Saab is providing the equipment and overseeing the test program. According to Saab, the remote sensor suites at Cork and Shannon will be operated from a central location at Dublin, first in parallel with manned towers and later as stand-alone remote operations, at least during some times of the day. Electronic Flight Strips (EFS) for Dublin airport are also included in the order.

Co-funded by the EU’s Single European Sky ATM Research Joint Undertaking (SESAR JU), the Remote Tower installations at Cork and Shannon will be operated from Dublin Remote Tower Centre and will be trialled on a number of occasions through 2015 and 2016.

SAAB said the system consists of an array of high-definition cameras with pan-tilt-zoom capability as well as meteorological sensors, microphones, signal light guns and other devices that all can be operated remotely from the Dublin tower center. The camera array is installed on a physical tower, along with other sensors, and a photo provided by Saab depicts controllers seeing a panoramic view of the airport through more than a dozen large monitors providing what appears to be a virtual control tower window view. Saab claims the remote tower gives controllers the same capabilities to separate traffic and provide services as a normal visual tower would.

Remotely operated towers offer significant potential to assist air navigation service providers such as the IAA to reduce and control their costs in line with airline and European Commission expectations whilst maintaining safety and service delivery. This potential is greatest at smaller, less busy regional airports where the volume of traffic is likely to be insufficient to cover the costs of service provision. 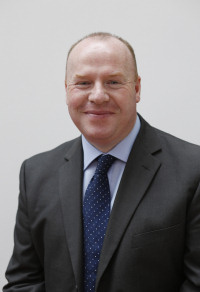 “We are focused on the implementation of safe, leading-edge and cost-efficient technology for the benefit of our customers and we are very pleased to be involved in this SESAR Large Scale Demonstration activity during 2015 and 2016. In our drive to become ever more cost effective, we’re constantly seeking innovative approaches, through cutting edge technology, to enhance our ATM service offering. Remote tower operations are part of the future and it is something the IAA is very keen to exploit. Through this work with SESAR and Saab we will lead a further evolution of remote tower technologies in Europe paving the way for permanent deployment of remote tower solutions” said Peter Kearney, IAA Director of ATM Operations and Strategy

Remote Tower systems for use in low-density operations is part of the IAA’s strategy to implement innovative air traffic management solutions which deliver safe, efficient and cost effective services to its airline partners.

“There are many critical areas to be addressed and safety and operational reliability must be guaranteed. Once this is successfully addressed, the IAA envisages that the remotely-operated tower will play a vital role in the future of ATM service provision in Ireland and beyond,” said Peter Kearney.