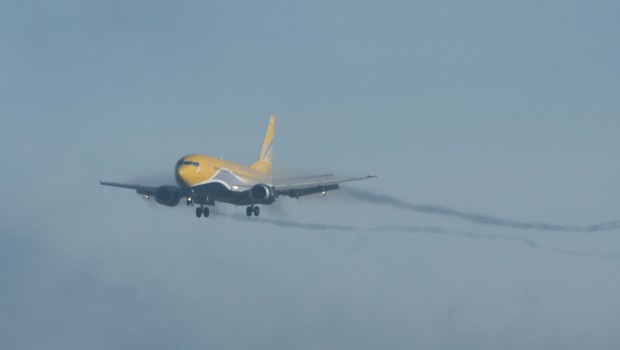 On 30th October the Swords based ASL Aviation Group (ASL) announced the signing of an agreement to acquire the Farnair Group of companies with the transaction is expected to close before the end of the year, once all pending regulatory and customary approvals are received. ASL is a joint venture between CMB (51%) and 3P Air Freighters (49%) a private equity fund managed by Petercam. The acquisition of Farnair, based in Switzerland, offers ASL Aviation Group a unique opportunity to considerably strengthen its position as the four companies in the group provides a wide range of aviation services across the world that will complement the existing air services of ASL. The four airlines are; Farnair Switzerland (Basel) and Farnair Hungary (Budapest), Quikjet India (based in Bangalore operating scheduled and charter ATR72 freighter services) and the established joint venture (with Transmile Group) in South East Asia through K-Mile (based Bangkok with two Boeing 727-200Fs). Farnair Switzerland’s fleet comprises two ATR42s, 13 ATR72s and a Boeing 737-400F, whilst Farnair Hungary has two Boeing 737-400Fs, a Beech 1900C and a Beech 1900D. These two carriers should bring influence throughout Europe, while Quikjet India (Bangalore) and the established joint venture with Transmile Group in South East Asia through K-Mile (Bangkok) will help to give a presence in the developing Indian and Far East markets. The Management team at Farnair Group will remain in place and the addition of the Farnair aircraft will bring the total ASL Aviation Group fleet to over 100 owned and/or operated aircraft. Employment numbers will grow to over 1.500 people globally. The transaction will bring the number of affiliate airlines in the ASL Aviation Group to 7, including Air Contractors in Ireland, Europe Airpost in France and Safair in South Africa. This latter airline commenced scheduled operations last month out of its Cape Town base where its two Boeing 737-400s are currently based and operating from there to George, Johannesburg and Port Elizabeth. It plans to open a base at Johannesburg O.R.Tambo beginning early December.

Accounts filed by Air Contractors (Ireland) Ltd. on 22nd September show that turnover in 2013 rose 23% o €57.5 million. However, profits before tax fell 18% to €4.058 million as costs rose to €55.8 million compared to €43.75 million the year before. The company had total assets of over €63 million compared to liabilities of just under €33.5 million. During 2013 the average number of employees was 94 up 20 from the previous year while the total payroll costs were €6.303 million compared to €5.012 million in 2012. During 2012 the company increased its shareholding in its French subsidiary, Europe Airpost, from 97% to 100% and it received a €3 million dividend in 2013, compared to €2.8 million in 2012. However 100% of Air Contractors (Ireland) Ltd’s share capital is in turn owned by the ASL Aviation Group Ltd. The company’s main business is operating a large network of freight services across Europe using a fleet of Airbus A300, ATR 42 and 72 and Boeing 737 aircraft. The directors’ report states that the company has expanded into the Boeing 737 freighter market as a replacement for the reduced level of activity on the Airbus A300 freighters that were retired from service as the aircraft reached the end of their economic life. The key risks relate to the ability to retain and win freight contracts and to manage the costs of providing this service in a profitable manner. The company continues to make new investment as profitable opportunities are and secured a contract to operate leased Boeing 757s for Aer Lingus. It notes that it “incurred substantial start-up costs in securing and establishing a platform to perform long-haul contract passenger operations.”

Air Contractors has been having reliability problems with its Boeing 737-31S, EI-STA lately. Danish Air Transport’s colourful MD-83, OY-RUE arrived in Dublin as the ABR155J on 31st October at 21:20 to operate for Air Contractors as EI-STA had gone ‘tech’. It then operated the ABR455J/456J and156J the following day. Earlier on 16th October the aircraft was forced to return to Dublin twice in succession while operating to Split as the ABR423J due to transponder problems. After the initial problem the crew requested a return to Dublin, where it landed without incident on runway 10 about 30 minutes after departure. The aircraft departed again about two hours later but needed to return again due to lack of proper transponder responses. A replacement Boeing 737-73V(WL), F-GZTD was drafted in after some passengers reportedly refused to re-board the aircraft for a third time, it reached Split with a delay of about 12 hours.