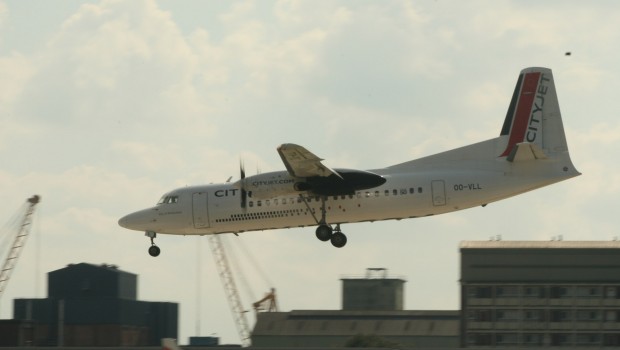 On 28th October, VLM Airlines a subsidiary CityJet which was acquired by Intro Aviation as part of the purchase of CityJet in May announced that its management team is acquiring the airline from Romscope and Intro Aviation with the formalities of the deal to be completed due to be completed during November. CEO and majority shareholder Arthur White added that as a truly independent airline, VLM Airlines will continue to offer ACMI (Aircraft, Crew, Maintenance, and Insurance) and charter services having re-established its separate identity in that market prior to the sale. In its statement it announced that it would also be offering scheduled services again in the near future. Prior to its acquisition by CityJet it had 14 years of successful independent operation. It operates services from Antwerp and Rotterdam to London City and from Cardiff to Paris and Edinburgh under a lease deal with CityJet and these arrangements are to continue, despite the change of ownership.

The following day VLM Airlines and Moscow-based aircraft lessor Ilyushin Finance Co. (IFC) announced that they had signed a Letter of Intent that will see VLM become the first European operator of the long-range Sukhoi Superjet 100 LR (SSJ100 LR) regional aircraft. Under the deal VLM Airlines will take delivery of two SSJ100 LR aircraft in April 2015 under a 12-year operating lease, with options for two further aircraft. The deal also includes purchase rights for ten aircraft. The operating range of the long-range variant joining the VLM Airlines fleet is 2,470nm (4,578km), while the standard aircraft’s operating range is 1,645nm (3,048km). It can be configured as a 103-seater but VLM is likely to operate it with around 12 Business and 75 Economy seats. Arthur White said that the Superjet 100 LR “fits our new strategy” as a niche scheduled operator perfectly. Its exceptional efficiency and performance should spearhead a return to scheduled services from its Antwerp base, where the runway is only 1,500 metres. By the end of 2015, he expects up to seven city pairs could be served, four using three or four Fokker 50s transferred from its charter fleet and three others dedicated to the Superjets. The first turboprop route could be launched as early as next month. VLM is not currently expecting to operate the aircraft is London City, but the contingency is there. “Part of the lease agreement is to include the capability to operate the aircraft into London City, but under current planning we’re unlikely to fly it there” he added.

CityJet chief executive Christine Ourmieres said that the airline will be profitable in 2016 despite a pre-exceptional €23.1 million loss in 2013. Adding that the 2013 accounts only give the historic position of the airline prior to its acquisition she said that “this year will be a year of development and restructuring”. This restructuring included closing its London office and amalgamating its team in Dublin. Revenue at CityJet fell to €220 million last year from €260 million the year before. Adding exceptional items of €15 million brought the operating loss to €38.6 million last year compared to €209 million in 2012, when €175 million was written off the value of CityJet’s Belgian subsidiary, VLM.

Responding to the challenge on its busiest route between Dublin and London City Airport by British Airways and Flybe CityJet has increased its capacity on the service by 25% and is focusing on upholding its load factor having noted comments from customers that a frequent schedule was a key factor in their airline selection. It is now a trade partner with the Worldchoice Group and is now offering up to nine flights every weekday and is operating the earliest flight out of London City Airport with a 06.45 departure. Eight services are operated on Mondays and Tuesdays, nine on Wednesdays and Thursdays, seven on Fridays, one on Saturdays and two on Sundays.

However unlike VLM it has put off a decision on fleet renewal until next summer next year, describing the decision as “complex”. It has also set aside an €18.8 million provision for possible liabilities related to a legal challenge by French authorities in how CityJet treated France-based staff as employees subject to Irish labour law.