Following on from the completion of the examinership process in the Irish High Court, Norwegian has now received reconstruction approval

Norwegian Airlines traffic figures continued to be impacted by the weak demand and international travel restrictions. During March, the airline

Norwegian’s reconstruction process was today approved by the Judge in the High Court. Based on this decision, Norwegian will now

At a sitting of the High Court on Friday, Norwegian Air secured an extension to its examinership for another 50

Last week, at a hearing in the High Court, Mr Justice Michael Quinn said he was to approve a scheme 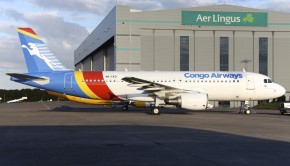 On Wednesday, 22nd September the High Court in Dublin ruled in favour Kinshasa based Congo Airways, the new national carrier