Canadian aircraft manufacturer, Bombardier, has announced another 95 redundancies at its Belfast plant. The redundancies are part of 7,500 global 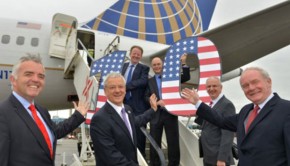 On 27th May United Airlines celebrated a decade of nonstop flights between Belfast and its New York hub, Newark