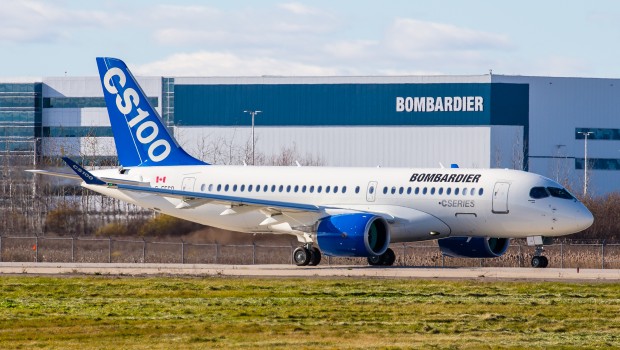 Canadian aircraft manufacturer, Bombardier, has announced another 95 redundancies at its Belfast plant. The redundancies are part of 7,500 global job cuts announced last year – mostly in its railways division.

The company said the job losses are not related to the aerospace firm’s trade dispute in the United States and attribute the cuts to severe financial pressure as cost overruns on its new C-Series jet drained cash out of the company. “We need to continue to cut costs to help ensure our long-term competitiveness” a company spokesperson said. 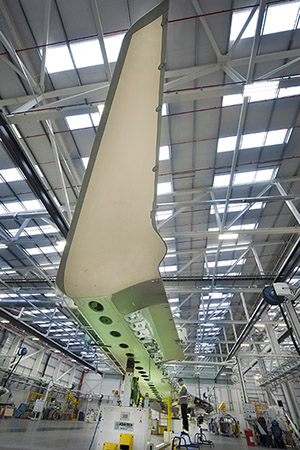 CSeries wings are manufactured by Bombardier in Belfast

Bombardier are now facing a complaint from rival Boeing that it has engaged in anti-competitive practices by selling the C-Series below cost to Delta Airlines. The US Commerce Department has slapped preliminary anti-subsidy duties of 219.63% on CSeries jets after Boeing accused Canada of unfairly subsidising the new aircraft from Bombardier.

British Prime Minister Theresa May has appealed directly to U.S. President Donald Trump to intervene in a dispute between the two firms. Boeing thinks Canadian government subsidies allowed Bombardier to cut a preferential deal with Delta for 75 of its new CSeries airliners and lodged a dumping complaint with the U.S. Commerce Department.

CSeries wings are made in Belfast, and that’s a politically important area for May. Now, she’s joining forces with Canadian Prime Minister Justin Trudeau to pressure US President Donald Trump into getting involved. If the U. agrees with the dumping charge, it could impose crippling penalties on Bombardier that would essentially block access to the U.S. market for the CSeries.

In retaliation, Canada has threatened to cancel a tentative order for 18 Boeing F/A-18 Super Hornets if the US presses the complaint. Boeing bid for the Delta contract with 737 MAX aircraft, which are substantially larger than the 100-seat CS100s that Delta bought to modernise its regional fleet.

In a statment, Bombardier said “We strongly disagree with the Commerce Department’s preliminary decision. The magnitude of the proposed duty is absurd and divorced from the reality about the financing of multibillion-dollar aircraft programs. This result underscores what we have been saying for months: the U.S. trade laws were never intended to be used in this manner, and Boeing is seeking to use a skewed process to stifle competition and prevent U.S. airlines and their passengers from benefiting from the C Series.

The simple truth is that Bombardier created a superior aircraft that is more efficient, more comfortable, and quieter. The C Series serves a market segment not supported by any U.S. manufacturer. Delta wants to bring this remarkable new aircraft to the U.S. flying public. Boeing wants to prevent U.S. passengers from realizing these benefits, irrespective of the harm that it would cause to the U.S. aerospace industry and the cost to airlines and consumers….The U.S. government should reject Boeing’s attempt to unfairly tilt the playing field in its favor and to impose an indirect tax on the flying public through unjustified import tariffs.”

The Bombardier CS300 under construction