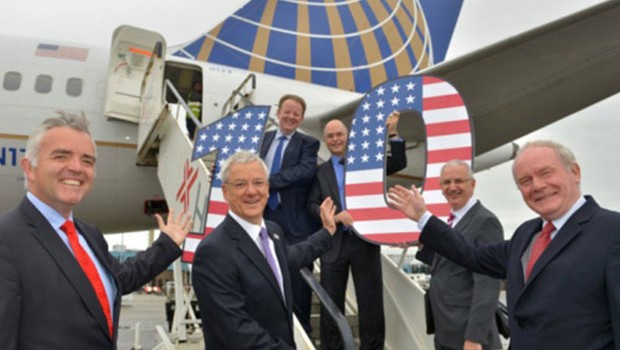 The airline has carried a total of almost 900,000 customers on the route since its launch in 2005. Mr. Schumacher, said that they were grateful to all the people “who have supported us over the past decade – customers, local authorities, industry and trade partners and our local sales, marketing and operations teams.” “United is proud to reach this milestone as the operator of the only scheduled nonstop trans-Atlantic service from Northern Ireland,” he added. 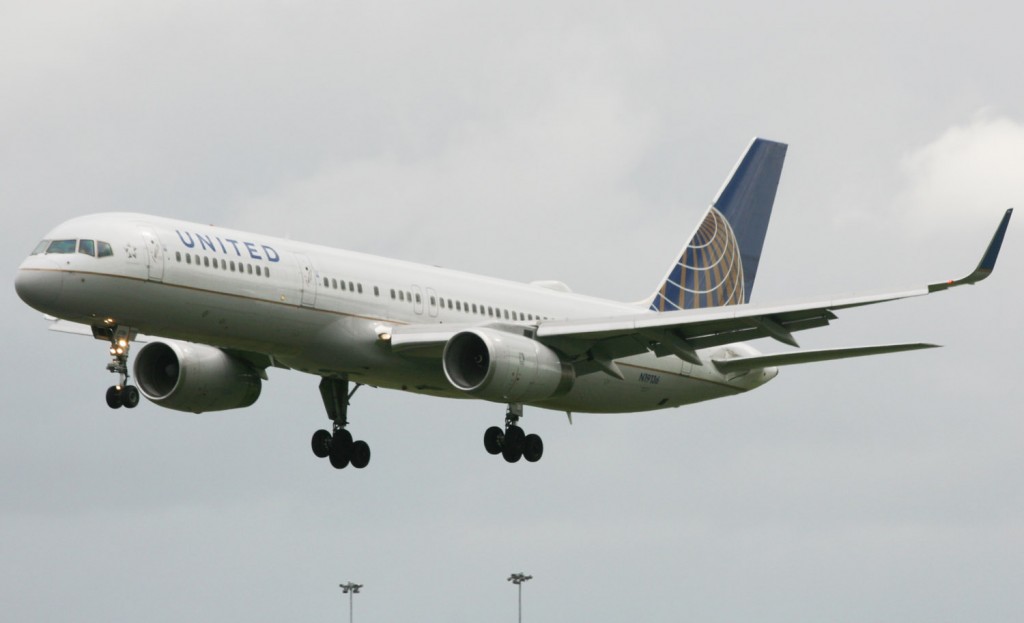 The airline has carried a total of almost 900,000 customers on the route since its launch in 2005. Jim Lee.

U.S. Consul General Gregory Burton noted: “On 27th May 1796, the U.S. Consulate was established in Belfast to help facilitate the movement of people, goods, and commerce across the Atlantic. Exactly 209 years later to the day, a scheduled air service commenced along the same transatlantic route. Martin McGuinness referred to present day events when he said: “Today we have one of the largest aerospace sectors in Europe generating $1.6 billion (around €1.44 billion) every year for the local economy. Without the international links provided by United Airlines that level of growth in our local economy would not have been possible“.

“The US remains our number one source of foreign direct investment and direct connectivity with the US is essential for existing and potential investment, tourism and economic development. I thank and congratulate United Airlines for providing that connectivity and reaching this important milestone” he added.

“The decision by United Airlines to invest here in 2005 shows our cost-competitive, ‘pro business’ environment, pipeline of talented graduates and excellent infrastructure combined are a compelling proposition to international investors” he concluded.

Belfast International Airport Managing Director, Graham Keddie, returned to a more familiar theme, that of the Air Passenger Duty (APD), noting: “The United service has been a trans-Atlantic asset that delivers incredible value for Northern Ireland. Not only is it pivotal for business, but also for in-bound tourism. The elimination of APD secured the service, and now the challenge is to encourage even greater up-take from our business community. We have to be ready for the game-changing impact that devolved Corporation Tax will involve, and that means an even greater role for United as we prepare for the next decade – a decade of growth, inward-investment, jobs and prosperity. The International Airport is looking forward to playing its part in what will be a most exciting journey.”

The Belfast – New Newark service is, as noted by Mr. Schumacher, Northern Ireland’s transatlantic route, while in the South United is just one of a number of transatlantic services operating from both Dublin and Shannon. From Dublin, a Newark service, the UAL23/22, operates daily throughout the summer. It is scheduled to arrive at 06:55 and depart at 09:00. A second daily service, the UAL130, commenced on 4th June. The first flight was operated by Boeing 757-224(WL), N19117. It arrived in Dublin at 13:08 on the 5th, some time after the scheduled arrival time of 10:00, and departed Dublin as the UAL131 14:50, again later that the scheduled time of 12:55. The second service will operate until 23rd September, similar to last year. United also added a new Chicago-Dublin service on the 4th June, which is being operated at a daily frequency. It operates until 17th August and the first service the UAL152, was operated by N48127, also a Boeing 757-224(WL). All of United’s Irish services are in fact operated by Boeing 757s. The inaugural Chicago service arrived in Dublin at 07:30 (five minutes earlier than the scheduled arrival time of 07:35). The outbound service, the UAL153 departed at 09:59 (scheduled 09:50). United is competing with American and Aer Lingus on this route who between them operate 17 services per week. Finally, United is also operating Washington-Dublin route, UAL126/7 which operates at various frequencies over the summer. Until 25th May, it operates at a six per week frequency and from then it operated daily. It is operating in competition with the Aer Lingus four times per week service. 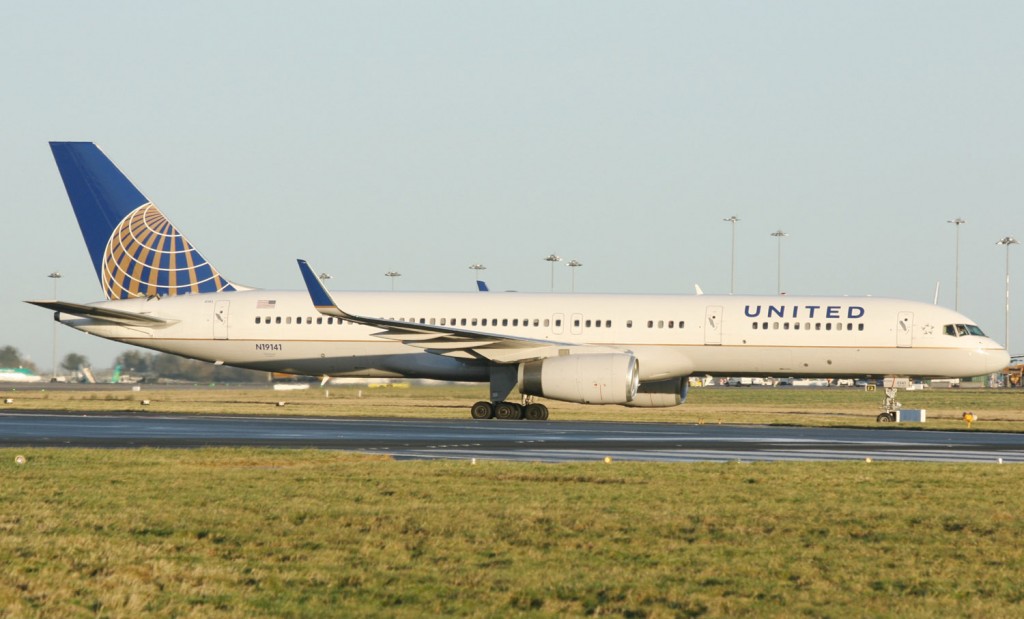 In Shannon, the Newark service (UAL24/5), continues at a daily frequency, the same as in 2014. Also returning is the seasonal Chicago-Shannon service (UAL66/7), which commenced on 21st May, at a six per week frequency. It increases to daily in the peak and reduces to six per week again and further to four per week from 3rd September. It continues at this frequency until 13th September, when it is suspended.

From its mainland hubs in Chicago, Denver, Houston, Los Angeles, New York/Newark, San Francisco and Washington D.C., United operates nearly 700 mainline aircraft, and together with United Express it operates an average of 5,055 flights a day to 373 airports across six continents. During 2014, United and United Express operated nearly two million flights carrying 138 million customers. This year, the airline anticipates taking delivery of 34 new Boeing aircraft, including the 787-9 and the 737-900ER. United is also welcoming 49 new Embraer E175 aircraft to United Express. 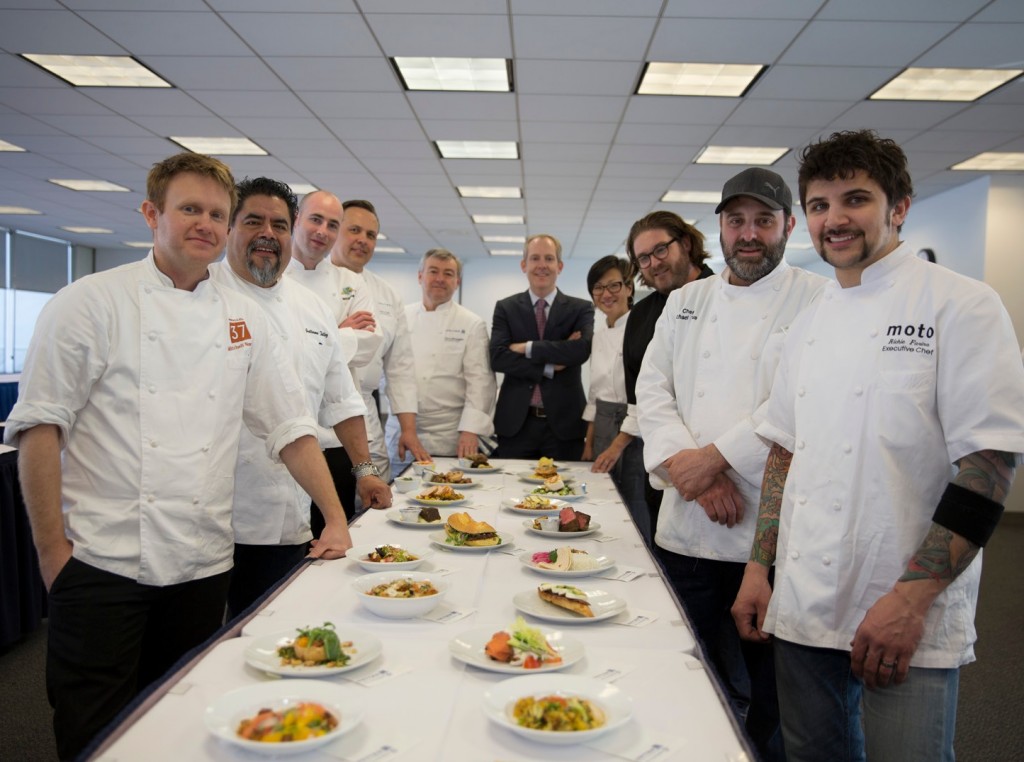 United is in the process of upgrading its services and is according to Sandra Pineau-Boddison, United’s senior vice president of customers, it is “committed to improving every aspect of our customers’ experience on the ground, in the air and with every interaction.” The airline introduced a significantly upgraded food and beverage experience on 1st June on trans-Atlantic flights, services between the United States and Argentina, Brazil and Chile; and most trans-Pacific routes.

United has expanded the primary complimentary economy meal to a hearty three-course service, beginning with a beverage and snack of cheese and crackers, baked whole-grain bruschetta chips or Kiri cheese spread and crackers. This is followed by a generous main course served with refreshed salads and artisan bread. On intercontinental flights, it is also offering beer and wine at no charge in United Economy with the multi-course meal service. Also each customer receives a complimentary bottle of water to stay refreshed throughout their flight. Additionally, customers may purchase half-bottle premium wines, and United will continue to offer spirits for sale. Also the airline has introduced snacks for purchase in United Economy on long-haul international services. This enables customers to purchase packaged snacks and snack boxes throughout their flights through the airline’s Choice Menu Snack Shop – currently available in United Economy on most North and Central America flights scheduled for more than two hours, flights to and from northern South America and service between Honolulu and Guam in addition to the complimentary meals. Complimentary pre-arrival service will also continue. Depending on the market flown, United Economy customers will receive a croissant with jam, a warmed sandwich or a hot meal served with fruit and a roll. On flights where a hot meal is available, new options, such as cinnamon-swirl French toast and a Tuscan skillet with scrambled eggs, will join current offerings.

The upgraded food and beverage service is part of United’s ongoing investment in its customers’ travel experience from booking to arrival which has also seen:-

Finally United Airlines has confirmed that it has been in talks about purchasing the Airbus A380, but speaking to aviation news outlet Flightglobal, its chief financial officer, John Rainey, said that his main concern was the A380’s trip cost, which is higher than the trip cost of smaller Boeing 787 Dreamliners already in United’s fleet “We’ve looked at that and we are looking at it right now it just doesn’t really work for us” he added. 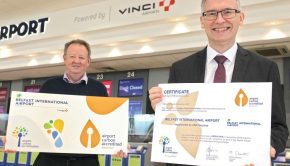