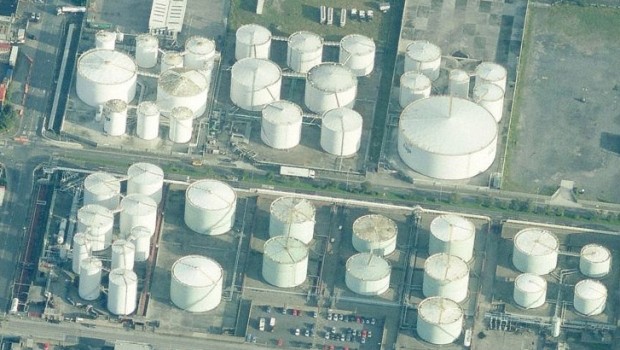 The fuel farm at Dublin Airport

Essentially, the development approved by the City Council consists of:-

(a) a single storey Control Building, pumps and ancillary pipework in a fenced compound at Bond Drive, Dublin Port, Dublin 1.

(b) A 200mm diameter continuously welded steel pipeline, laid generally in the public road at a depth of circa 1.2m below surface level except where it will pass under the Tolka and Santry Rivers and culverted streams. The length of the pipeline in Dublin City Council administrative area will be circa 11.4 km (total length will be circa 14.4 km.) (c) 2no. above-ground control boxes associated with emergency shut-down valves on the pipeline, at the junction of the Malahide Road R107 and Donnycarney Road and on the R139 (formerly N32) east of the junction with Clonshaugh Road South. The pipeline will be laid in the roadway under the Clontarf Bridge which is a protected structure.

Permission was granted by Fingal County Council on 29th May for the pipeline in its administrative area and the route is from the junction of the R139 (formerly N32) and the Clonshaugh Road via the Clonshaugh Rd. to AUL/FAI sports ground, adjacent to the north boundary of AUL/FAI sports ground, under the M1 motorway and via the DAA Long Term Red Carpark, adjacent to Eastlands Car Hire Compound, ALSAA complex, under the Swords Road R132 and via the Corballis Road to a reception station at the existing Fuel Storage Facility, Corballis Road, Dublin Airport. Background to the application

Currently aviation fuel is delivered to the airport from Dublin Port by road tankers. In 2013, demand for aviation fuel at Dublin Airport stood at 630 million litres. With tanker capacity at 40,000 litres per vehicle, the service was delivered by around 15,750 tanker round trips between the Port and Airport. Dublin Airport is the main gateway for the State and in 2013 it accounted for 82% of international traffic to and from the country when it grew 6% and handled 20.2 million passengers. That was its third successive year of growth in post recessionary times. By 2035 demand for fuel is expected to grow to 1,450 million litres. Internationally, pipelines are the standard means of supplying aviation fuel to large airports.

This proposal by Fingleton White is to provide an alternative to the existing tanker-based delivery. The pipeline will be usable by all fuel companies and deliverable to all airline end users at the airport. With a capacity to deliver up to 2,700 million litres per annum, the pipeline, of around 14.4 km in length, will have be able to serve the entire demand of the airport, well beyond a 20 year time horizon.

The owner and operator of the pipeline will be the Independent Pipeline Company Ltd., with shareholders Fingleton White and Reynolds Logistics. Fingleton White therefore has sufficient interest in the project to make the application.

In its application the company say that “contrary to popular perception, aviation fuel is a relatively benign substance. It is a kerosene, the fuel that is used in domestic central heating systems, stand-alone domestic heaters, camping stoves and tilley lamps. Domestic central heating supplies of kerosene are routinely stored in tanks in gardens. Smaller amounts e.g. for camping and other domestic purposes, are stored in garages or other stores within dwellings. Kerosene is stable in normal conditions. Vapour will not form unless the temperature is above 38° – 42° C. Ambient air temperature in Ireland has not exceeded 33° C from available records. An ignition source is required in order for the vaporised fuel to catch fire”. 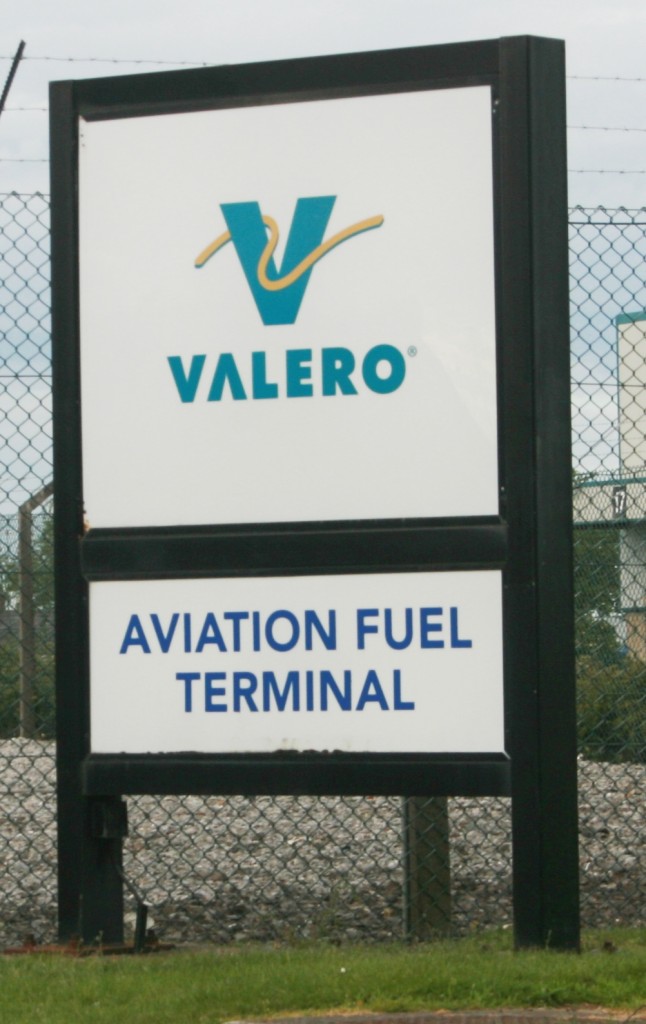 It notes that “popular perception of aviation fuel as a volatile fuel is perhaps coloured by images of crashing airplanes catching fire. When a plane crashes, the pressure of the Jet A1 (Kerosene) fuel increases and the fuel vaporises. The airplane engine is burning fuel in the ordinary course of its operations, in order to fly. The engine becomes the ignition source. The vaporised kerosene goes on fire”. “These pre-conditions do not arise with the carriage of Jet A1 in a pipeline. The pipeline runs underground. No ignition source is present” it concludes.

Problems with pipeline transport of aviation fuel arise, therefore, only with malfunction i.e. such as a leak. AMEC Environment and Infrastructure U.K. Ltd. was commissioned to advise Fingleton White of the risks associated with a leak and they commented as follows:-

“If a leak were to migrate to an underground, unvented void (cellar, basement, sewer, etc.) then there is a potential for build-up of vapours and potential explosion if ignited. Jet A1 fuel will float on any free water surface. Spilled fuel could cause harm to waterside flora and could be detrimental to water quality. (The EIS is the source of more detailed information on environmental impact associated with pipeline malfunction). Looking in more detail at the likelihood of spill sizes of various scales, the report estimates the likelihood of a minor leak (pinhole) at 1:10,577 years, a major leak (hole) at 1:14,292 years and a full bore rupture at 1:34,903 years. The estimated potential failure rate of 1:5,130 years is the combined risk of occurrence of any leak incident.

AMEC identify the main cause of pipeline leaks as third party damage (excavation for other underground services or construction, or deep ploughing in a rural context). Corrosion could be a factor. Mechanical failure of pipelines could arise due to construction faults or material defects. In summary, AMEC say that safety systems incorporated in the pipeline design will result in very low risk of spillage and associated environmental damage. “The potential for aviation fuel, transported by pipeline, to spill and then give rise to a fire, with consequent risk to human life or health, is very much lower again” they note.

Fingleton White previously secured planning permission from An Bord Pleanala for an aviation fuel pipeline for exactly the same purpose as that now proposed on 3rd October 2001, (ref. no. PL29N.122692). Prior to that, Dublin City Council had issued a decision to grant permission (ref. No. 0189/99), in respect of that section of the pipeline in its administrative area (Dublin Port to the city limit) and the appeal was a Third Party one against its decision. Permission was granted by Fingal Co. Council for that part of the pipeline in its administrative area, which ran from the city limit to Dublin Airport (ref. no. 99A/0063). The decision of Fingal Co. Council was not appealed. With the tragedy of 9th September 2001, demand for air travel reduced and the provision of the pipeline was postponed. The planning permission for the pipeline lapsed.

Given the large number of submissions opposing the application a Third Party appeal to An Bord Pleanala is likely.