New Route for Dublin to Lübeck in 2022

Dublin Airport will receive a new route in May with German regional airline, Lübeck Air having recently announced an expanded 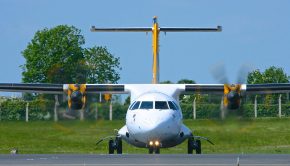 The Channel Islands based airline, Aurigny is to start new service from Guernsey to Dublin. The new service will be

The Stobart Group has reached agreement with EY, the administrators of Connect Airways Ltd, to acquire Stobart Air and Propius.