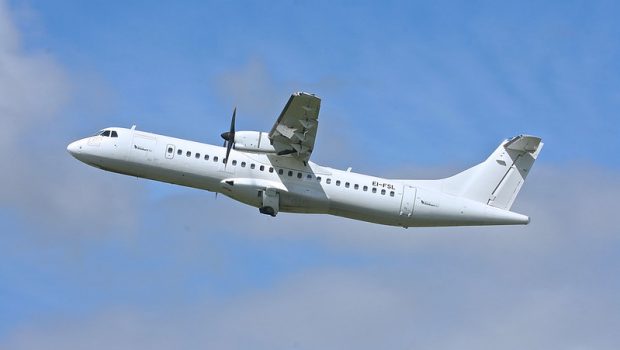 The Stobart Group has reached agreement with EY, the administrators of Connect Airways Ltd, to acquire Stobart Air and Propius. Propius is an aircraft leasing business that leases its eight ATR aircraft to Stobart Air. The value of the transaction is a payment of up to £8.55m on the following basis:

Stobart Group expects to fund the operations of Stobart Air and Propius over the period through to achieving positive cash flow. The businesses have actively sought to reduce their cash requirements during the COVID-19 period and Stobart Group expects to fund in the order of €25m over the next 12 months, including the lease payments referred to below.

The Transaction, which has now been completed, will result in Stobart Group acquiring:

This will provide the Company with an effective indirect economic interest of 78.75% in Stobart Air and Propius. This structure was in place prior to the Connect Sale and is required to ensure that Stobart Air meets the requirements of its Air Operator Certificate to operate out of Ireland.

Warwick Brady, CEO of Stobart Group, said: “This transaction allows Stobart Group to take control of the outstanding legacy issues which date back to 2017 when Stobart Air and Propius became subsidiaries of the Company. The original strategy to mitigate these issues over time through the combination of the businesses with Connect was impacted by the failure of Flybe and resulting administration of Connect in Mar20. We believe that Stobart Air has a viable future after COVID-19 and are working with Aer Lingus as our franchise partner to place the business on a secure footing and manage the impact of the legacy obligations in a controlled manner.”

Stobart Air operates flights under the Aer Lingus Regional brand and previously operated some services on behalf of FlyBe in the UK which entered administration and ceased flying on 5th March. The deal to fly on behalf of Aer Lingus runs until 2022 and the future of this deal will be seen a crucial in the future of Stobart Air.

Stobart Air was formed when the original Aer Arann was purchased by the Everdeal Holdings Group in 2014 which owned the Stobart transport company in the UK. Stobart Air have a current fleet of eleven ATR-72 and one ATR-42 aircraft. Previously, Stobart Air have operated Embraer EMB-190 on lease for FlyBe and some of these have now been leased on to Great Dane Airlines through their aircraft leasing partner Propius Leasing.