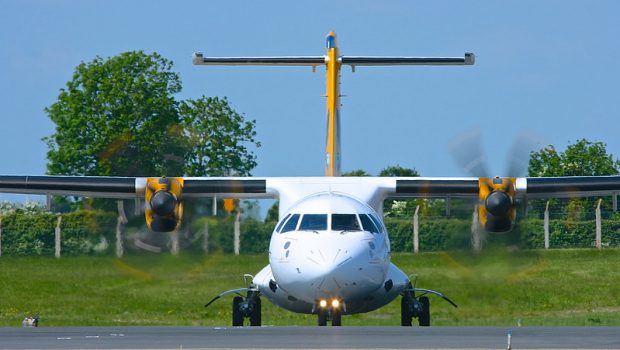 The Channel Islands based airline, Aurigny is to start new service from Guernsey to Dublin. The new service will be operated twice weekly on Tuesday and Thursday afternoons. At the moment, the airline is planning to start the new route in March 2022, however, they have said that if restrictions lift and demand is there, the launch date could be brought forward. Aurigny will use one of the 72 seaters ATR-72 aircraft on the route. The flight will depart from Guernsey at 13.45 with a 15.20 arrival in Dublin. The return flight will depart Dublin after a 30 minute turnaround and arrive back in Guernsey at 17.35.

Aurigny Air Services can trace its beginnings back to 1968 developing a network between the Channel Islands. They expanded to serve airports in northern France and the South coast of England. They were the first airline to operate the Britten Norman Trislander in 1971. in 1977, Aurigny banned smoking on all services, the first ever airline to do so. The airline has a fleet on one Embraer EMB-190 with 122 seats, four ATR-72 aircraft and three Dornier 228’s used for the inter-island services