This week, the Irish Aviation Authority (IAA) has been celebrating the centenary of transatlantic flight; the remarkable achievement of aviators 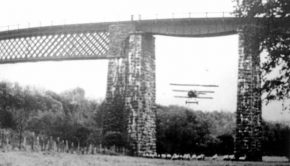 AvioFit hosted its first ever Aviation Wellbeing Conference at the Irish Aviation Authority on 25th April 2019. The event was attended

Dublin Aerospace have released a short video documenting the maintenance process an APU undergoes at their Dublin Airport facility. ﻿