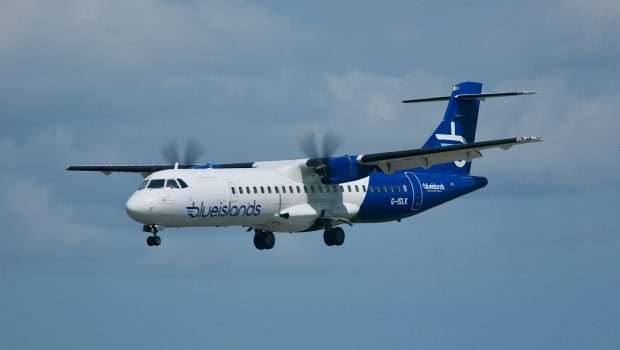 Channel Islands based, Blue Islands has finally launched its new direct Jersey-Dublin service. Blue Islands will operate flights between Jersey and Dublin six times per week until October 2022. Blue Islands had initially announced they would operate to Dublin in 2020 with a service from Southampton but travel restrictions and low projected passenger numbers put this on hold. The airline was due to start earlier this year but a further delay caused the route start date to be postponed again.

Blue Islands was launched in 2006 (its origins go back to 1999). They have come a long way since the first services were operated with Islanders and Tri-landers serving the local communities. In March 2020, the Blue Islands brand evolved, with an expanded route network, a new website and an app. The airline now has a fleet of four ATR 72 aircraft with ten routes to the UK as well as a service to Rennes in France and as far as Zurich.

With a population of almost 108,000, Jersey is the largest of the Channel Islands, situated just 14 miles from France. The island boasts a diverse coastline with amazing beaches and dramatic cliffs, together with a rich history, unique culture and cuisine.

Commenting on the new route, the CEO of the daa, Dalton Philips said, “Jersey is a truly beautiful island with many historical sights, breathtaking beaches and bays. We are excited to add it as a new destination to our route network. This new route is great news for both business and leisure passengers in Ireland and Jersey. We look forward to working closely with Blue Islands to promote its new service.”

Also commenting was CEO Blue Islands, Rob Veron who said, “We are excited to be able to fully launch our Jersey – Dublin service. We look forward to providing Jersey residents, and visitors to our island, our Dublin service this summer. We are proud to play our role in sustainably developing Jersey’s connectivity and eagerly anticipate a busy summer building our regional route network, and of course, welcoming many visitors to discover Jersey.” 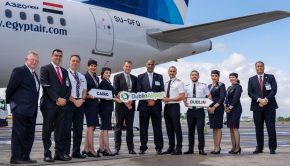