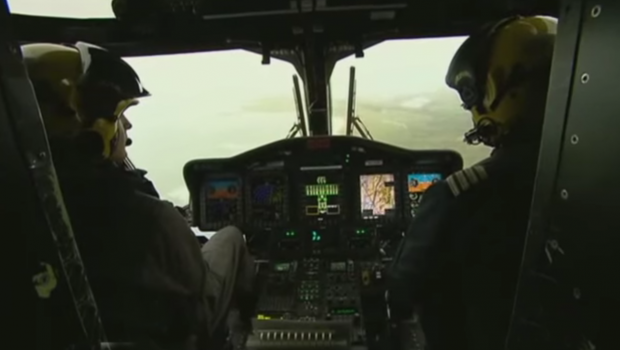 The Air Accident Investigation Unit has published their final report on the accident of Sikorsky S-92A EI-ICR callsign ‘Rescue 116’, that crashed at Black Rock, Co. Mayo on 14th March 2017. The synopsis of the report is included below. The full report can be viewed here, the Executive Summary can be viewed here and the Final Appendices can be viewed here.

A Sikorsky S-92A helicopter, registration EI-ICR (call sign Rescue 116), which was being operated by a private operator on behalf of the Irish Coast Guard (IRCG), was en route from Dublin, on Ireland’s east coast, to Blacksod, Co. Mayo, on Ireland’s west coast. The Flight Crew’s intention was to refuel at Blacksod before proceeding, as tasked, to provide Top Cover for another of the Operator’s helicopters, which had been tasked to airlift a casualty from a fishing vessel, situated approximately 140 nautical miles off the west coast of Ireland. At 00.46 hrs, on 14 March 2017, while positioning for an approach to Blacksod from the west, the Helicopter, which was flying at 200 feet above the sea, collided with terrain at the western end of Black Rock, departed from controlled flight, and impacted with the sea.

During the immediate search and rescue response, the Commander was found in the sea to the south-east of Black Rock and was later pronounced dead. Subsequently, the main wreckage of the Helicopter was found close to the south-eastern tip of Black Rock, on the seabed at a depth of approximately 40 metres. The deceased Co-pilot was located within the cockpit section of the wreckage and was recovered by naval service divers. Extensive surface and underwater searches were conducted; however, the two Rear Crew members were not located and remain lost at sea.

Forty two Safety Recommendations are made as a result of this Investigation.