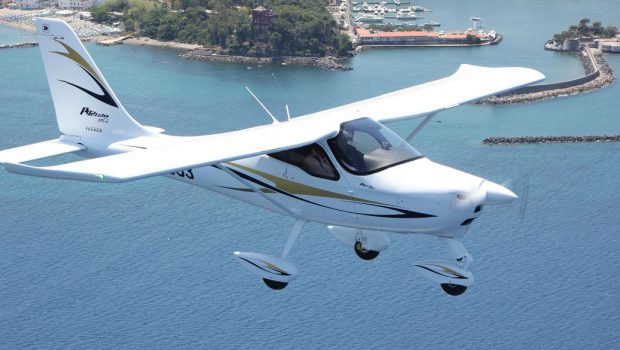 The Irish Aviation Authority has recently published a stakeholder consultation on the “Option to exempt certain light aircraft below 600kg MTOM from EU regulations”. In this article I’ll outline the background to the consultation, expand on some detail in the consultation document and give some pros and cons as I see them. For full transparency, I should say that I’m the former Chairman of the National Microlight Association of Ireland and the current Head of Training of FunFly Aerosports Flying Club that operates aircraft that may be affected by the outcome of this consultation.

General aviation aircraft can be broken down into two broad categories, certified and uncertified aircraft. In an ideal world, all aircraft would be certified however, the certification requirements in Europe are so stringent that very few manufacturers have chosen to certify their aircraft since EASA was established in 2002 (Pipistrel and Sonaca spring to mind). For the tens of other manufacturers out there, the certification costs are prohibitive, and they have chosen to go down the uncertified route. In Europe, this means manufacturers can choose from two uncertified options, 1) designing their aircraft to meet the requirements of an EASA Permit to Fly or 2) designing their aircraft to meet national rules, these aircraft become referred to as Annex 1. In the case of an EASA Permit to Fly, the costs are significant for the owner as the aircraft needs to be maintained by a certified EASA licenced engineer and requires an Airworthiness Review to be performed by a Combined Airworthiness Organisation or by Independent AR staff.

What is an Annex I aircraft?

The phrase Annex I (up to 2018 it was known as Annex 2!) is thrown around a lot, but what does it actually mean? It refers to Annex I of the Basic Regulation (EU) 2018/1139 – the regulation under which EASA operates. It was originally published in 2004 and updated in 2018. Annex I to that regulation specifies a number of subcategories of aircraft that are designated as being outside of the scope of EASA rules. There are nine subsections, briefly, they are:

(b) aircraft specifically designed or modified for research, experimental or scientific purposes

(e) aircraft with a maximum stall speed of 35 kts with various maximum takeoff weights (generally 450kg) based on configuration and number of seats (e.g. microlights)

(f) single and two seat gyroplanes up to 600kg

The majority of Annex I aircraft in Ireland are (a) Historic aircraft, (c) kit-built aircraft or (e) microlights. It’s important to note that the term microlight is a colloquial term and no such word is included in any regulation. Their official name are Annex I 1(e) aircraft.

The basic regulation from 2018 allows an individual state, in our case Ireland (and not the IAA), to ‘opt-out’ and allow certain aircraft up to a maximum take-off weight of 600kg to be operated under national rules.

So, what’s the issue?

If a manufacturer builds an aircraft in their factory to a maximum take-off mass (MTOM) of 600kg, it does not fit into any of the Annex I categories above (e.g. it’s not a homebuilt if it’s manufactured in a factory and it exceeds the microlight weight limit). Therefore, they need to sell it with an EASA Permit to Fly which has excessive maintenance requirements. The other option, and the option most manufacturers have chosen, is to artificially lower the weight of the aircraft to 450kg (or 472.5kg if it has a Ballistic Recovery System) to fit into Annex I 1(e), i.e. a microlight. Most of these aircraft are also built for other markets including Australia (600kg), Canada (559kg), New Zealand (600kg) and USA (600kg).

It’s worth noting that if you home build an aircraft, then the MTOM could be 600kg or even higher, but homebuilding is not for everyone.

So, as the rules currently stand, if you want to buy an aircraft new from a factory it has to be type certified (think Cessna or Piper and about €500,000) or uncertified and cheaper but limited to 450kg. EASA identified this issue and developed the ‘opt-out’ to allow individual States to decide whether they wanted to regulate these aircraft themselves. If this opt-out is exercised, it would allow individuals to purchase certain aircraft types new from a factory up to a MTOM of 600kg. It may also allow, in certain circumstances, existing aircraft to have their MTOM increased up to a maximum 600kg if the design is capable and owners can prove the required modifications (if any) have been made.

So, it seems like a very straightforward decision, opt-out and let’s get on with it. Except, these decisions are never straightforward and various other factors need to be taken into consideration. Some of these are outlined in the consultation document.

The IAA has stated in the consultation document that: “The new category of 600kg aeroplanes, will not be Annex I(e) aircraft and will not be EASA aircraft. They will be regulated in accordance with national law.” This is because EASA is not changing the definition of Annex I(e).

This presents a number of issues and their effect will depend on the individual circumstances of the owner/pilot. The UK has exercised the opt-out (although technically they didn’t opt-out because they left the EU first, but that’s another story!) and they have decided to amend their microlight definition and increase the MTOM of microlights to 600kg or 650kg for amphibians. For EU Member States, they will have to designate such aircraft as a new sub-category.

In the case of points (b) and (c), these could be easily resolved with a change to Aeronautical Notices P24 and P21 respectively. However, for microlight licence holders (including UK microlight licence holders), the path is less clear. It’s likely that an upgrade to a national licence or EASA licence would be required. As things currently stand, at the very least this would require licence holders to complete the Irish PPL(A) theory exams and a flight test.

It’s also worth noting that any new subcategories would fall outside existing recognition agreements and could not be flown in any other states without permission.

The consultation itself asks seven questions (simplified here for brevity):

It’s important that as many pilots as possible respond to this stakeholder consultation, regardless of your opinion. Various organisations and individuals have worked tirelessly to get to this stage and it would be a shame to see the project abandoned due to a lack of interest from the GA community. So please, take 5 minutes and submit your opinion here: https://forms.office.com/r/WYbvcrJ0tt

These pros and cons listed below are purely my opinions, feel free to add your own to your submission.

It is important to express any concerns you may have in this section. For example:

Have your say at https://forms.office.com/r/WYbvcrJ0tt