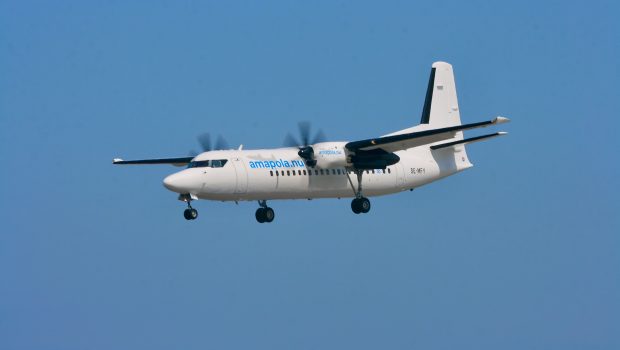 The Government has launched the tender document for the Dublin to Donegal Public Service Obligation (PSO) route. The new contract will be for a period of three years starting early next year, the contract will also allow for an extension to the contract for a further year pending a review during the final year of operation. The current operators of the route, Swedish airline Amapola only started flying on the route on 26th July on a short term basis following the collapse of Stobart Air in June. The tender was issued on the government website on Friday and the closing date for applications is 17.00 on 29th October 2021.

The PSO route for the Donegal service was operated by Aer Lingus Commuter for many years and then Aer Arann Express took over providing a link to the Aer Lingus network through connections in Dublin. Stobart Air subsequently took over using ATR aircraft until their collapse in June. At this stage, it is too early to say who is likely to be in the running for the new three-year contract although it is possible that new Emerald Airlines is likely to be a favourite as they are the new franchise operator for the Aer Lingus Regional routes from Ireland to the UK.

Emerald Airlines first aircraft, ATR 72-600 EI-GPP (c/n 1322) positioned from Exeter to Dublin on Tuesday afternoon using the flight number ‘EAI072P’. The aircraft is due to undertake a number of flights in the coming days as part of the airline’s process to receive its Airline Operators Certificate (AOC) from the IAA. The aircraft is painted in an all-white colour scheme but will have the Aer Lingus branding prior to entering service