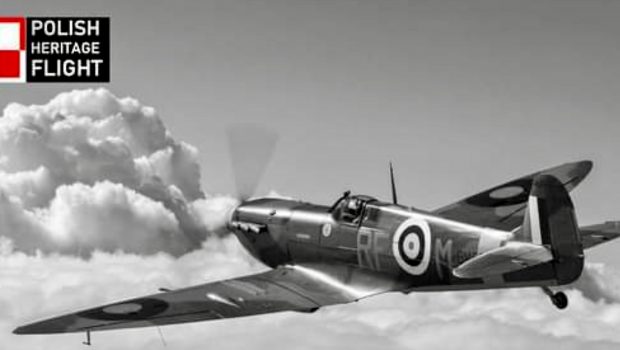 UPDATE: Event Postponed Due to Poor Weather Forecast this weekend!

Currently Rescheduled for 9th September 2021. We will post an update nearer the time.

A Hurricane and Spitfire in the Second World War Polish No 303 Squadron markings will take to the skies over Northern Ireland this weekend. This will be the first time since 1945 that the Polish Air Force aircraft has flown in this airspace.

By the beginning of 1941, there was a fully-fledged Polish Air Force operating alongside the RAF. With 14 Squadrons it was larger than any other of the Air Force from Nazi-occupied Europe that had joined the Allies. Over 17,000 men and women passed through the ranks of the Polish Air Force while it was stationed in the UK. They shot down 745 enemy aircraft, with a further 175 unconfirmed. They dropped thousands of bombs and laid hundreds of mines, flying 102,486 sorties notching up a total of 290,895 operation flying hours. They achieved this at a cost of 1,973 killed and 1,388 wounded. The Polish crews won 342 British gallantry awards.