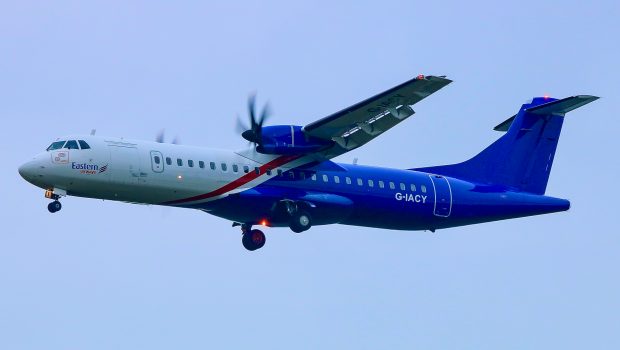 UK Regional Airline, Eastern Airways has announced a new route from Southampton to Dublin starting on 19th July. The new service will be operated by an ATR 72-600 aircraft initially on a four times per week schedule, flying on a Monday, Thursday, Friday and Sunday. The flight will depart Southampton at 16.00 with a 17.15 arrival time in Dublin. The return flight departs from Dublin at 17.55 with a 19.10 arrival in Southampton.

This route was previously announced to start last July but the lack of demand due to the COVID restrictions put a delay on the starting of the new route. With the introduction of the EU Digital Travel Certificate and the planned easing of restrictions, the route can finally get started. Eastern Airways are offering three fares on the route, Value, Standard and Flexible which range from having no changes on the Value Fare to the fully Flexible which will allow changes and extra baggage allowance.