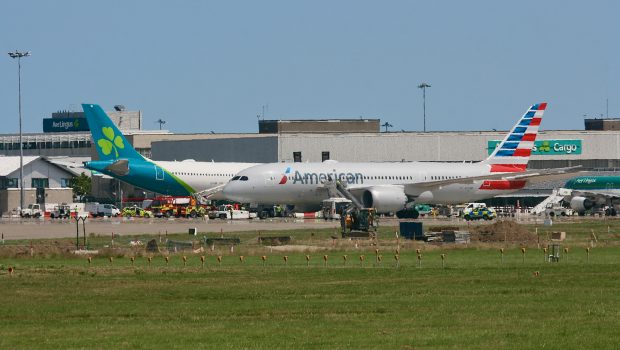 A team from the Air Accident Investigation Unit (AAIU) was informed and made their way to the airport to inspect the damage before the aircraft could be moved. All the passengers were removed from the aircraft and bussed to the terminal around two hours after the incident and put up in nearby hotels for the night as the outbound flight was subsequently cancelled. The American Airlines aircraft was moved to another parking stand later in the afternoon.