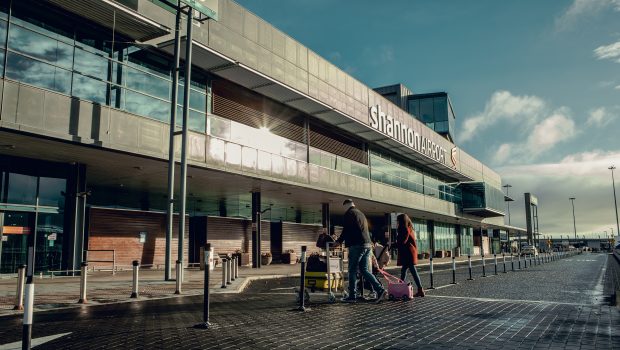 Following the return to Shannon Airport by Ryanair last week with the opening up of several of their services, they have now announced a new route from Turin. In the last week, Ryanair have started services to Barcelona-Reus, Stansted, Gatwick, Kaunas, Krakow, Wroclaw, Warsaw-Modlin and Manchester. While Shannon had no scheduled services in recent months due to the travel restrictions, the airport remained opened for transit traffic of executive aircraft, cargo traffic, maintenance visitors and the Coast Guard helicopter operations. Ryanair will now be flying 18 weekly services from Shannon with more expected to be added after 19th July when travel restrictions ease further.

The new winter service between Turin and Shannon will run weekly on Saturdays starting on 18th December through to 26th March. Ryanair has recently announced a new base at Turin with up to 32 routes operating to the airport. They will have two based aircraft and over 120 flights departing per week. Turin will be the airline’s 16th Italian base and will serve 13 countries as well as domestic Italian routes.

Commenting on the announcement of the new route from Turin, CEO of the Shannon Group, Mary Considine said, “We would like to congratulate Ryanair on the opening of their new Turin base. We are delighted to be adding this popular winter destination for our Irish customers to enjoy. Aviation has a long journey ahead, but It is great at last to see some green shoots of recovery. This is another step in slowly rebuilding our air services and brings to nine the number of Ryanair services announced for Shannon to date. As the vaccine roll-out programme increases and we look forward to the lifting of the non-essential travel ban on July 19th with the introduction of the EU Digital Covid Certificate, people can again begin to plan for much-deserved holiday breaks.”