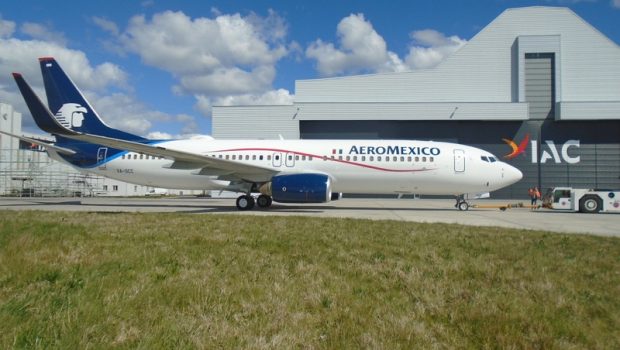 International Aerospace Coatings (IAC) are based at Shannon Airport have announced they have received approval from the Irish Aviation Authority (IAA) to offer base and line maintenance services. Part 145 is the European standard for the approval of organisations that perform maintenance on aircraft and aircraft components that are registered in EASA Member States. The approval includes a wide range of aircraft types including A318/19/20/21 ceo and neo, A300-600 (PW and GE), A330-200/300 (RR,PW,GE), Boeing 737 (CL,NG,MAX), B777 (RR,GE) and B787 (RR,GE).

Speaking after receiving the Part 145 approval IAC CEO Niall Cunningham said: “This approval marks a significant step and achievement for IAC as the first standalone aircraft refinishing company in Europe to obtain such an approval and will strengthen and sustain the services we can provide to our valued customers. Globally IAC can now offer a range of EASA & FAA Part 145 support to Boeing and Airbus aircraft at our facilities”

IAC describe themselves as the global leader in aircraft painting, interiors and graphics. With 10 state-of-the-art facilities across the USA and Europe, IAC has capacity for 35 lines of aircraft and processes 1000+ paint events per year. IAC works in all segments of the aviation industry, including OEM, commercial, military, and general aviation. European headquarters are based at Shannon Airport with US headquarters based in Irvine, California.