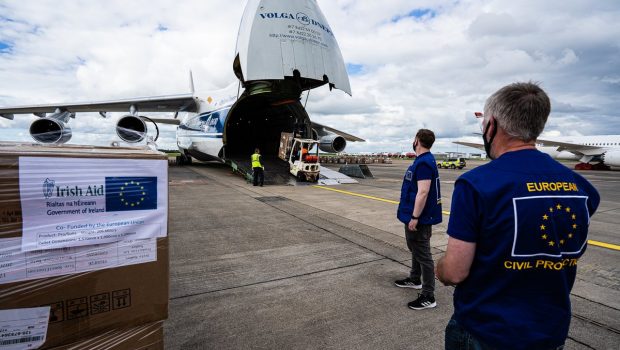 Antonov An-124 Delivers Aid from Shannon

On Thursday morning, Antonov An-124-100 Ruslan (RA-82047) departed Shannon with tonnes of aid bound for Nepal. The flight was operated to Mineralnye Vody Airport in Russia with the cargo then continuing on to Nepal. The aircraft was loaded with a donation of 72 oxygen concentrators, 42 Ventilators, 12 Bipap Machines, 400 Oximeters, 50 Respiratory Monitors, 50 Defibrillators, 100 Thermometers, 1,126 Oxygen and Air Regulators, 99,750 Protective Coveralls, 201,600 Face Shields and 1,008,000 surgical masks.