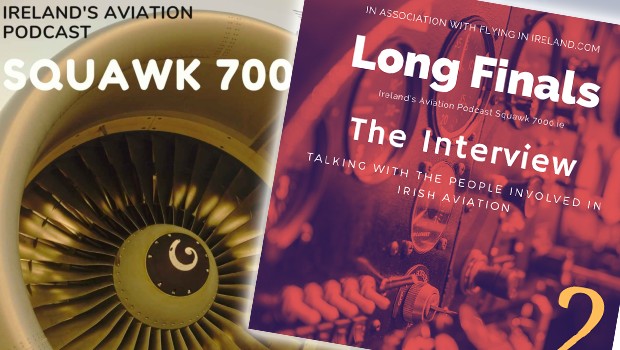 This week we meet with Alan Phelan the founder and CEO of APTN.aero (Aircraft Professionals Technical Network) and Matt Gee who is COO of Six West, they provide ferry and flight operations services to the aircraft leasing community and airlines worldwide and are an enterprise member of the APTN.aero technical network.

We talk with Matt and Alan about the current state of play in the commercial aviation world and how it impacts the technical side of flying aircraft. We also examine how the aircraft technical sector is a crucial part of the aviation industry in Ireland and how we need to stay ahead of the competition to maintain Ireland’s leading role in aircraft leasing worldwide.”

This podcast was recorded at Bloom HQ in Mountrath, County Laois, one of a number of new Digital and Community Enterprise Hubs around the country where you’ll see many aviation businesses blooming in the future in a post-Covid environment.