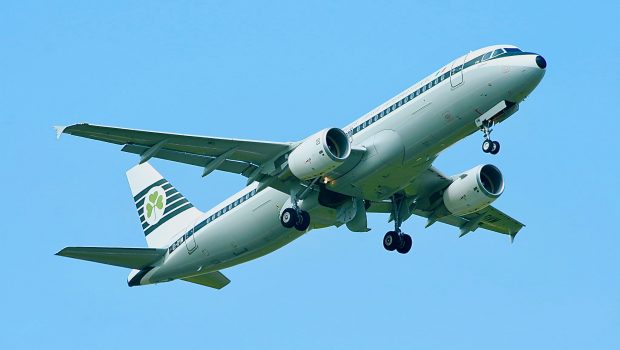 On 27th May 1936, Aer Lingus operated its first flight from Baldonnel to Bristol using a De Havilland DH84 Dragon named ‘Iolar’. Since then, Aer Lingus has operated a variety of aircraft flying mainly to the UK, before extending to Paris and Amsterdam. Other destinations to Europe were soon added. When the Lockheed Constellation was added to the fleet in the 1950s, it brought the possibility of Transatlantic routes.

The airline has gone through turbulent times on several occasions including the oil crisis, industrial relations issues, the fallout from 9/11 on the aviation industry, the Global Banking crisis in 2008 and now the biggest crisis of all in their 85-year history, the Covid-19 pandemic. While the airline marked the 75th anniversary in 2011 with a big event at Hangar 6 in Dublin Airport, 2021 is probably not the best time for celebrating. To mark the occasion, we’re republishing an article from the May 2011 issue of Flying In Ireland magazine, that covered the 75th Anniversary. Click on the image to read the article.