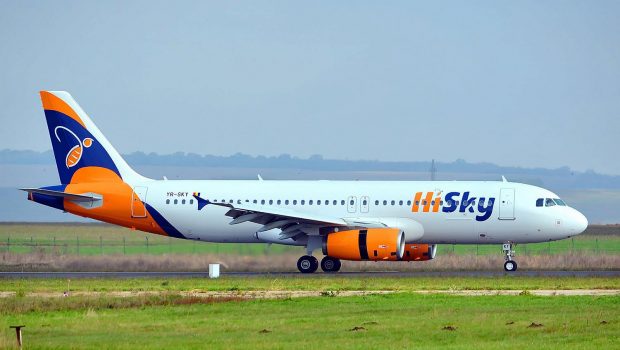 A new Moldovan airline, Hi Sky Airlines, has started its new service to Dublin on Thursday afternoon. Their first service to Dublin arrived from the airlines Romanian base in Cluj-Napoca. The airline has its main base in Chisinau, Moldova but also operate with a Romanian Air Operating Certificate (AOC). The flight from Dublin departed to Iasi in Romania later in the afternoon.

Hi Sky Airlines was formed in early 2020 with the intention of starting services in time for the summer season. However, the pandemic put an end to that and the airline had previously stated it would start services to Dublin on numerous dates. They announced in February that it was going ahead with the starting of flights in April. This week they started their services to Lisbon and Paris Beauvais. They will start service to Frankfurt from next week. The airline has started operations with two Airbus A320’s and one Airbus A319.