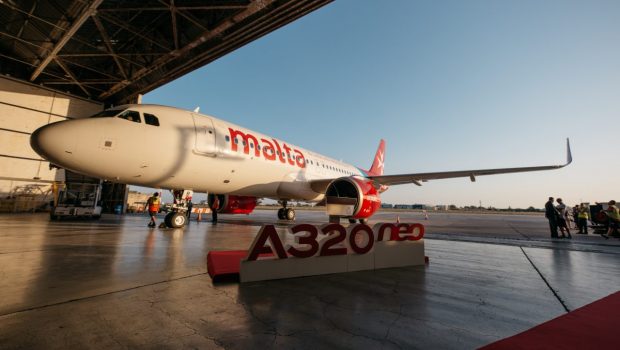 Air Malta has announced that Irishman Roy Kinnear will join the airline as its new Chief Commercial Officer. He will lead the Airline’s Commercial Division and his responsibilities will include revenue management, pricing, sales, marketing, customer experience, flight scheduling and the airline’s network. His appointment comes into effect on 5th April. Mr Kinnear is a seasoned and experienced airline professional, having started his aviation career with British Midland spending 16 years there before heading to the Middle East and joining Gulf Air as Head of Network Revenue for four years from 2002. He then moved on to senior executive positions with Etihad and was Chief Executive at Air Seychelles from 2015. Mr Kinnear holds a Bachelor of Science Degree in Economics and Statistics from the University of Ulster.

Commenting on this appointment Air Malta’s Executive Chairman David G. Curmi said, “Roy joins Air Malta at a particular moment in time during a pandemic which has thrown the airline industry into a very challenging phase. I am sure that Roy will bring with him the experience and knowledge to implement the necessary changes within the commercial activity of the airline to ensure that, once the pandemic is over, Air Malta is well-positioned to seize the opportunities that will no doubt lie ahead”.

Also commenting on his appointment, Roy Kinnear added, “I am delighted to be joining Air Malta. Whilst the aviation industry and its associated economies have faced unparalleled challenges during this pandemic, I look forward to working with colleagues and stakeholders to best prepare for our emergence into brighter days ahead”.

Air Malta currently have a fleet of eight Airbus A320’s with four of these being the new NEO variant. They operate services connecting Malta with London, Rome, Paris, Milan, Zurich and a number of European destinations during the summer holiday season.

Emirates Announce Date for Return of Service to Dublin →