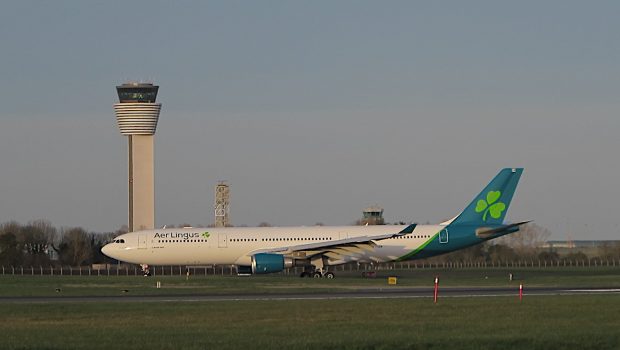 Aer Lingus have taken delivery of another Airbus A330-300 aircraft. The aircraft is a former Qatar Airways machine that was scheduled to be delivered to Aer Lingus last year but was delayed due to the COVID-19 pandemic. It was one of two Airbus A330-300’s that Aer Lingus were to take from Qatar Airways to increase their services on the Atlantic. The first aircraft, A7-AEH (c/n 789) was painted at Dublin in February 2020 and was due to enter service in late March 2020 as EI-EIK for the start of the summer season. However, this aircraft remained parked at Dublin until July when it was ferried to Cuidad Real airport in Spain for continued storage. It remains parked there and has yet to enter service.

The second aircraft was built in 2007 for Qatar Airways as A7-AEM (c/n 893) and was in regular service until 10th March 2020 when it was taken out of service for pre-delivery work. As the pandemic spread and travel restrictions increased, the delivery to Aer Lingus was put on hold. It is believed that Aer Lingus had tried to defer the delivery further. The aircraft did undertake a number of short test flights at Doha during December and it was ferried to Châteauroux in France in late February. On Tuesday 16th March, it departed for Dublin as the QTR3171 already painted in full Aer Lingus colours, arriving shortly before 18.00. It is due to become EI-EIL with Aer Lingus. It is understood that the aircraft will be placed in storage for the months ahead as there does not appear to be any need for the extra capacity in the fleet at the moment. It is likely that aircraft will possibly be ferried to Shannon for storage in the short term.

Cover photo by Mel Byrne on arrival in Dublin