Minister for Transport, Eamonn Ryan T.D. has announced the appointment of Aaron Forde as the new Chairperson of Shannon Group plc. Mr. Forde is expected to formally take up the five-year appointment following his appearance before the Joint Oireachtas Committee on Transport and Communications Networks.

Aaron was previously the Chief Executive of agri business, Aurivo which employed 650 people, holding the position for sixteen years up until December of 2019 when it recorded turnover of €446m. A native of Cavan, Forde has previously served as Chairman of Ornua from 2013 to 2019 while also working on the Sligo Economic Forum, IBEC, Mid-west radio and the external advisory Board of Institute of Technology, Sligo.

Commenting on the appointment, Minister Eamonn Ryan said, “I am pleased today to announce the appointment of Aaron Forde as Chairperson of Shannon Group plc. Aaron has a track record at a senior level in his role as CEO of Aurivo, one of the larger Co Operatives in the State, for 16 years. I am very pleased that he has accepted this appointment at what is a very challenging time, particularly for aviation, which is at the heart of Shannon Group’s business. I am confident that Aaron Forde will bring the right mix of skills and drive to this new role.”

Commenting on his appointment, Mr Forde said, “I’m excited to work with the Board, the CEO and team to offer my experience to Shannon Group which, prior to Covid, had been playing a vital role, making a major contribution within the regional and national economy. Pre-Covid, its activities supported over 46,000 jobs, generated an economic impact of €3.6 billion per year, contributing €1.1 billion in Exchequer returns. I look forward to working with all at Shannon Group so that we can chart recovery and build back better and stronger.”

Also commenting on the appointment, Mary Considine, CEO, Shannon Group said, “I would like to welcome Mr. Forde to Shannon Group.  I look forward to working with him and our fellow Board Directors as we continue to implement our recovery strategy in the wake of the fallout from the COVID-19 pandemic. Central to this is our intention to double down and refocus on our mission to build sustainable livelihoods and a vibrant economy for our people and our regions, by shaping opportunities in aviation, property and tourism. Mr. Forde, having led a Global company located in the West of Ireland, brings with him a wealth of experience that will be an asset to Shannon Group.”

UPDATE: In the hours following this announcement, some historical tweets accredited to Mr Forde came into the public domain. Following a phone call between the Minister and Mr Forde, a statement was released stating that Mr Forde would not be taking the position at the Shannon Group. A spokesperson for Mr Ryan said: “The Minister for Transport Eamon Ryan has announced that he will not be proceeding with the appointment of Mr Aaron Forde as chair of Shannon Group.” 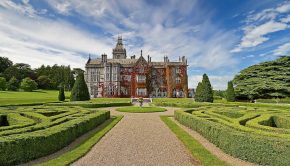