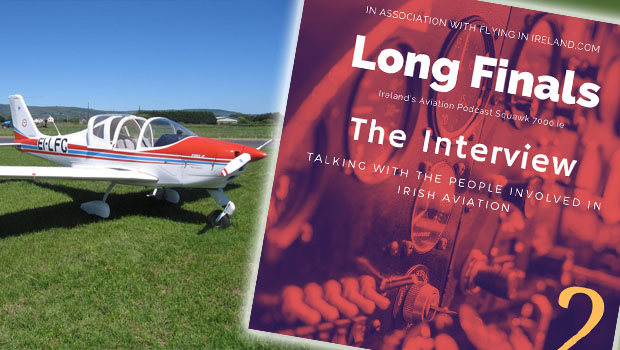 On this Long Final episode, we get to do some hangar flying – as we help celebrate the 50th anniversary of the Limerick Flying Club based in Coonagh.

Towards the end of the sixties, there was an interest in developing a social side to the business operation at Coonagh – this social club was called the Limerick Flying Club.

After Shannon Flying services moved to Oranmore in Co, Galway and eventually became Aer Arran, the group of enthusiasts at Coonagh were without an aircraft or an Instructor. In 1970 they decided to formalise the club and arrange membership. Foncy Hobbins, Brendan Beegan and Bryan Carpenter became the initial committee of Limerick Flying Club with Bryan as President.

EI-AOO arrived at Coonagh on the 6th of February 1971 from Iona piloted by Pierce Cahill. By the end of the Summer of 1971, the club had a membership of approximately thirty members, and Arthur Brennan had become the Chief Flying Instructor, and by the end of the year, Colum Johnston had joined as an Instructor.

This podcasts name-checks many names associated with Flying in Ireland over the last 50 years.