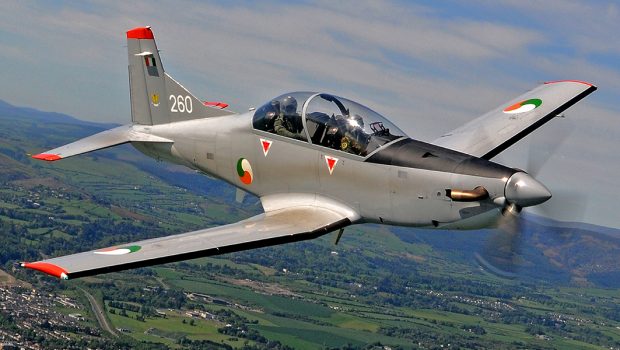 On Friday afternoon, 26th February, an Irish Air Corps Pilatus PC-9M, serial 261 was involved in an incident that resulted in an emergency landing at Casement Aerodrome in Baldonnel.

A statement released to Flying In Ireland said, “Óglaigh na hÉireann can confirm that at approx 3 pm today, a PC-9 single engine training aircraft from the Irish Air Corps Flying Training School departed Casement Aerodrome, Baldonnel on a routine training flight. At approximately 30km from Baldonnel, the aircraft began to experience engine power loss. The flight crew consisting of one instructor pilot and one student pilot, turned back towards Baldonnel. The aircraft landed safely in Baldonnel a short time later.”

An investigation in accordance with standard regulation and procedures has now commenced to determine the cause of this incident.