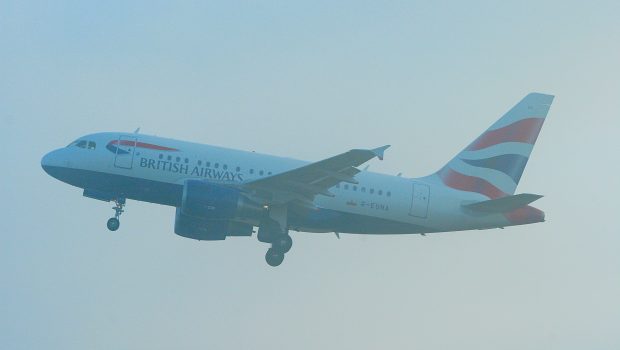 End of the Line for the Last British Airways Airbus A318

The last flight of a British Airways Airbus A318 took place yesterday afternoon when G-EUNA was ferried from Madrid to Twente in the Netherlands. The aircraft was one of two purchased by British Airways to operate the BA001 flight from London City to New York JFK in 2009. The route was operated twice daily initially and the aircraft had a technical stop on the westbound leg at Shannon Airport to allow for refuelling as the aircraft could not take a full fuel load on departure from the short runway at London City. The stopover in Shannon also allowed for the passengers to clear US Customs and Immigration so they could arrive in JFK with minimal delays after disembarking.

British Airways had initially ordered two aircraft to operate the transatlantic route from London City, taking delivery of G-EUNA and G-EUNB in August and September 2009 respectively. Both aircraft worked the route tirelessly with two services on weekdays and one on a Saturday. The second aircraft, G-EUNB was sold to Titan Airways in 2017 and operates for them on VIP charters in an all white colour scheme.

The last westbound service was operated from London City – Shannon – New York JFK on 17th March last year just as the COVID pandemic brought many international services to a halt. The aircraft was ferried from London City across to London Heathrow for temporary storage on the morning of 18th March following its last service as London City Airport was to close temporarily due to the pandemic. A few days later the aircraft was ferried to Madrid for continued storage with some other aircraft from the British Airways fleet. Following the announcement by British Airways last July that the BA001 service from London City would not be returning, the future of the aircraft became unclear.

The future for the Airbus A318 looked bleak with the downturn from the pandemic, there is not many airlines operating this variant of the Airbus as only 81 were built between 2003 and 2013. When the decision by British Airways to end this particular niche route, it was likely to end with the aircraft being parted out. The final flight of G-EUNA took place on Wednesday afternoon when it flew from storage in Madrid to Twente Airport outside Enschede in eastern Holland. The aircraft will now be dismantled by AELS, a company specialising in the removal of useful parts, repaired and returned to the market.