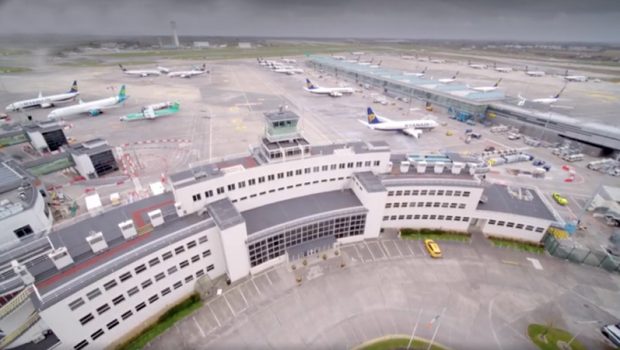 Dublin Airport Passenger Numbers Down 78% in 2020

Dublin Airport passenger numbers declined by 78% to just 7.4 million in 2020 due to the impact of the global pandemic COVID-19. More than half of the passengers for the whole year passed through the airport in January and February which accounted for 4.1 million, an increase of 2% on the 2019 figures. For the rest of the year, figures dropped by 89% and just 3.3 million between March and December.

The last time that Dublin Airport had fewer than 8 million passengers in a calendar year was in 1994, which is 27 years ago. Following the record-breaking figures in 2019, Dublin Airport was on course for a similar increase in 2020 and it is thought that the airport lost around 25.5 million passengers for the year. Over 400,000 passengers used Dublin as a hub during the year and the airport remained open as an essential service throughout 2020. It has played a vital role in the importation of PPE and other medical equipment, facilitating the arrival of 6.2 million tonnes of equipment on 357 separate cargo flights, operated by 16 different airlines.

Speaking about the yearly figures at the airport, Dublin Airport Managing Director Vincent Harrison said “Aviation was one of the sectors of the Irish economy that was hardest hit by COVID-19, and this is reflected in the passenger numbers for last year. It was a hugely challenging year for Dublin Airport and the entire Irish aviation sector, as the reduction in air travel and the introduction of travel restrictions in most markets had a very significant impact on passenger numbers during the year. Aviation plays a vital role in Ireland’s economy, and it will be a key sector in helping that economy to recover in the wake of the pandemic. It has been a year like no other for Dublin Airport, for our airline customers, our commercial partners and our employees, and the entire aviation and tourism sectors. Whether working on campus or from home, our people faced significant challenges during the year, and they did so with professionalism and pride that is at the heart of Dublin Airport.”

Dublin Airport has installed more than 1,000 hand sanitising stations, over 10,000 pieces of COVID-19 safety signage, and more than 620 plexiglass screens at all close contact points. Hospital-grade state-of-the-art deep cleaning and disinfection regimes were introduced across the airport, with a specific focus on the areas in which passengers might dwell. Dublin Airport’s health and safety response to the pandemic was formally recognised by Airports Council International’s (ACI) World and ACI EUROPE’s Airport Health Accreditation programme last October. The accreditation, which examined areas such as cleaning and disinfection processes, physical distancing, passenger communications, and passenger facilities, staff protection, and the physical layout of the airport, found that Dublin Airport’s systems were world-class and complied fully with all international guidelines.