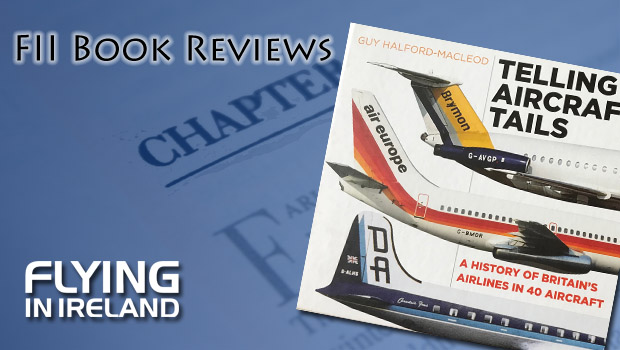 I have read and reviewed favourably the author’s very useful trilogy on post-war British airlines and, at the outset, wondered if he had anything more to say. He has, and I thoroughly enjoyed this new, weighty and beautifully produced volume. It consists of a personal choice of 40 specific aircraft, ‘in more or less chronological order’, around the history of each the author weaves his tale. Each short and excellently illustrated chapter has at its core the potted history of a particular aircraft, representative of its type, from the DH 84 Dragon to the Boeing 757, and around this he blends his account of the growth and development of civil aviation in Britain. The photos show each aircraft through the years, covering most of its changes of colour scheme and owner, if such was the case. One little quirk is that the pictures are not captioned except with an attribution but an appropriate reference is made in the adjacent text. It is an easy and entertaining read, engaging and anecdotal in style, salted with some of the author’s trenchant opinions, based on a lifetime working in the airline industry. The story is enhanced by references to the personalities involved, the utility (or otherwise) of the aircraft type, as well as economic, commercial and political factors. It can justly be described as a tour de force. The complicated and, at times, tortuous, story of British civil aviation is also unravelled, the mergers, de-mergers, successes and failures, acquisitions and fire sales, changes of names and livery.

It would have been nice to have had a chapter on the Boeing Stratocruiser and a bit more on the Short 360 but these are minor quibbles. The only wide body type given the full treatment is the DC-10 and the chronology stops short of the irresistible rise of Airbus.

It would a perfect present for an aviation-minded teenager or indeed for anyone of more mature years!