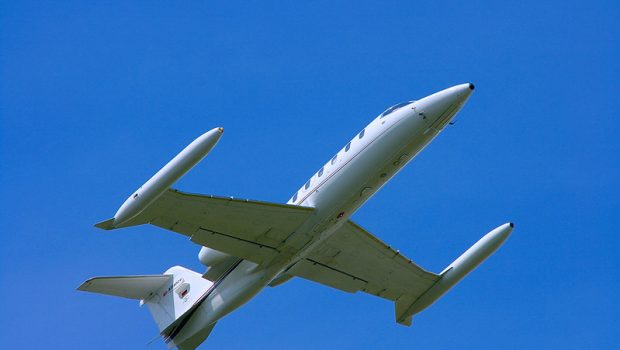 Bombardier Aerospace has announced that the last Learjet will be built this year. The iconic executive jet first flew back on 7th October 1963. Over 3,000 aircraft of all variants had been produced by October 2017. The Learjet Corporation was purchased by Bombardier in 1990 and was then marketed as the “Bombardier Learjet Family”.

The Bombardier Learjet 45 was first announced in 1992 and could carry up to nine passengers. The fuselage of this variant was built at the company’s Belfast plant with final assembly, fitting out and flight testing taking place in the USA. The Bombardier facility in Belfast was involved in the development and production of advanced composite wing skin panels and spar components for the Learjet 85 when it was announced and this work started back in 2011. The decision to discontinue the Learjet brand had been made as part of a cost-cutting plan by Bombardier designed to save around $400m (€330m) a year by 2023, including the loss of 1,600 jobs. Bombardier has said that it will continue to support and maintain existing Learjets, and would offer upgrades to avionics and interiors at the Learjet factory where the final assembly takes place in Wichita, Kansas.

Eric Martel, the CEO of the Canadian manufacturer told investors as the cutbacks were announced, “Passengers all over the world love to fly this exceptional aircraft and count on its unmatched performance and reliability. However, given the increasingly challenging market dynamics, we have made this difficult decision to end Learjet production.” Bombardier will continue to focus on their Global Express and Challenger series of executive jets.