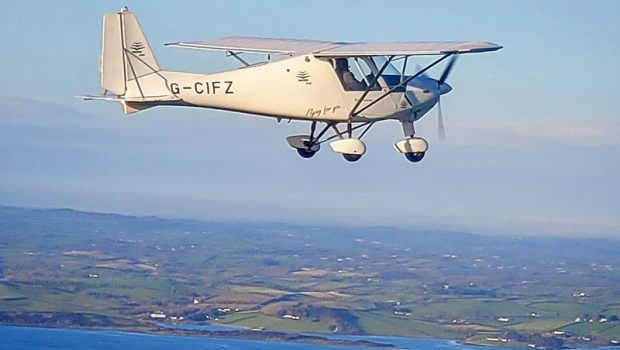 Northern Light Aviation is a new microlight school serving the Northwest based at the City of Derry Airport. The CFI Peter Durrans is an experienced instructor and has been flying since 2002. He has amassed in excess of 4500 hours of flight instruction on microlight aircraft throughout the U.K., Ireland and Europe.

The City of Derry Airport base offers fantastic facilities as well as full air traffic control and integration with medium sized commercial aircraft. Commenting on the launch of the new school, CFI Peter Durrans said: “It will give students a massive head start to be operating from a regional airport facility with all the benefits and practice that it will bring. It will develop confidence in dealing with ATC, broadening student experience for their future flying endeavours. City of Derry has its own charms being the only commercial airfield in the U.K. and one of a handful in Europe not to have controlled airspace and accept medium sized commercial jets. The surroundings are stunning nestled at the mouth of the Foyle between the mountains of Donegal and the Sperrins, the regular tourist route of Mussendon temple, Giant’s causeway and the Carrick a rede rope bridge are only a few minutes flying time away.”

For more information, you can visit their website at www.northernlightaviation.co.uk or email nlaviation@hotmail.co.uk