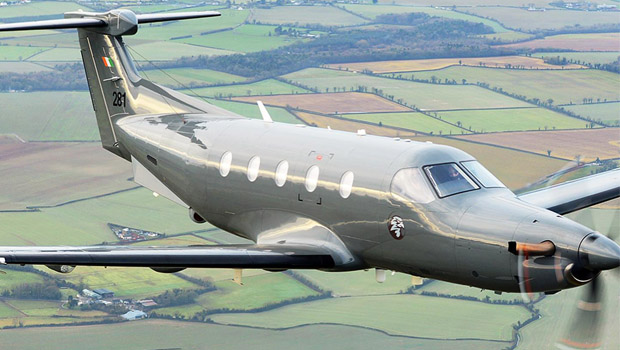 The Irish Air Corps took delivery of three Pilatus PC-12NG ‘Spectre’ aircraft on 10th September last year. The three aircraft arrived in Baldonnel shortly after midday following a three day trip from the Pilatus facility near Denver, Colorado where they had been since early 2019 getting their mission equipment fitted. The contract for the supply of the aircraft was awarded to Pilatus in December 2017 following an open tender competition. The new aircraft replaced the five Cessna FR172H aircraft purchased for the Air Corps in 1972. These were in constant operation with the Air Corps until their retirement in 2019. The PC-12NG’s are equipped for Intelligence, Surveillance, Target Acquisition and Reconnaissance (ISTAR) operations, logistics support including transport of Defence Forces troops and equipment, and medical evacuation/air ambulance taskings.