Acumen Aviation CEO Alok Anand said “Acumen has been making exemplary progress in providing Commercial and Lease management services to our customers. Sean’s appointment strengthens our trading and remarketing capabilities, along-with creating a firmer footing in the key American market. I welcome Sean to our fast growing team and wish him all the success in this exciting role.”

Sean brings with him a rich and varied background spanning more than 40 years in the aviation sector. Sean has extensive industry knowledge, marketing, sales, technical expertise of the Americas region starting up FLS Aerospace USA Inc operations and the role of General Manager of SR Technics Americas. Sean held a number senior sales roles within the SR Technics Group. Sean joins Acumen from Universal Asset Management (UAM) where he held a management position.

Acumen, established in 2009 is headquartered in Ireland with offices in India, China and the USA. Acumen’s management team has over 300 years of cumulative experience with a permanent staff of over 90 people. The company offers a full range of services throughout the lifecycle of the aircraft including aircraft sourcing, digital success advisory, pre-purchase inspections (physical and records), project management, lease management, re-marketing, fleet audits, aircraft trading, powerplant management, aircraft valuations and CAMO services. Its customers include aircraft lessors, airlines, banks, private equity and investors. 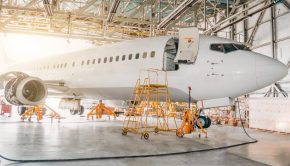