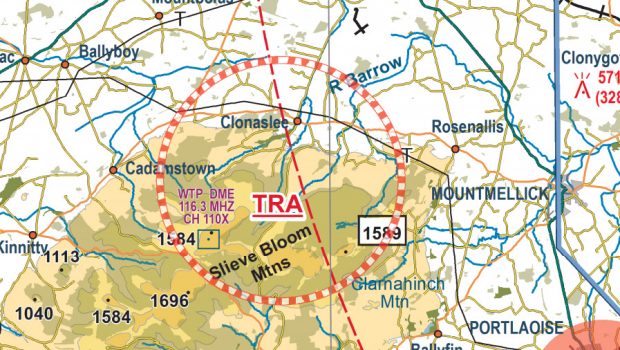 The Irish Aviation Authority have published details of a Temporary Restricted Area (TRA) in the vicinity of Clonaslee & Slieve Bloom Mountains, County Laois from Monday January 11th to Friday January 15th inclusive, 2021. The restriction will apply to all aircraft including drones and unmanned aircraft systems.

The purpose of the TRA is to ensure the safety of aircraft participating in Military drone training exercises and of other air traffic operating in the vicinity of Clonaslee and Slieve Bloom Mountains, County Laois. State aircraft and aircraft of the Irish Coastguard Service and the National Ambulance Service/ICRR (aircraft callsign Helimed 92) employed on an operational mission shall be exempt from the restriction. Full details can be seen here.