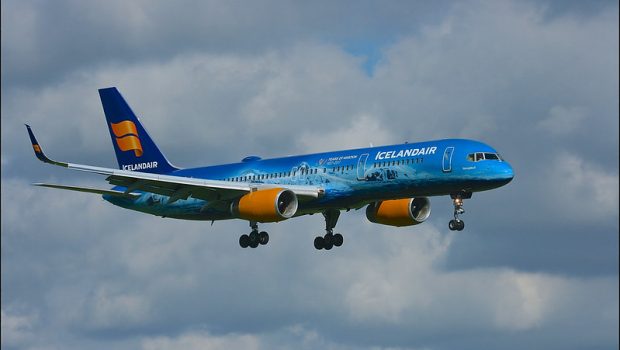 Icelandair have announced their return to the Keflavik to Dublin route for the 20th August and will be operating initially three times per week using Boeing 757-200 aircraft. They have a fleet of 28 Boeing 757’s in a three class layout with 183 seats (22 Business class seats, 41 Economy Comfort seats and 120 Economy). Flights will operate on Tuesday, Thursday and Sunday’s departing Keflavik Airport at 07.30 arriving in Dublin Airport at 09.15 with the return flight departing Dublin Airport at 11.50 arriving in Keflavik at 13.15.

Entry requirements for Iceland for arriving passengers must choose between undergoing a COVID test upon arrival, or entering two-week quarantine. While Icelandair previously operated to twenty destinations in North America, making Iceland an ideal place for connecting, they will now only offer Boston, New York JFK, Seattle and Toronto for the foreseeable future.

While Icelandair have suffered from the downturn following the COVID-19 outbreak, the airline is in the process of restarting operations having only flown a handful of flights over the past few months. The airline has been engaged in negotiations with the Unions of its staff regarding future work practices and pay. Following the prolonged negotiations between Icelandair and Flugfreyjufélag Íslands (FFI) – the Union that represents the cabin crew of the airline – have failed to reach an agreement on new pay arrangements. In a statement issued to the Icelandic Stock Exchange on Friday afternoon, the company said “Icelandair has been negotiating with the Icelandic Cabin Crew Association (FFI) on a new long-term collective-bargaining agreement for the company’s cabin crew members. The objective has been to ensure the long-term competitiveness of the company while safeguarding the  competitive compensation and working conditions of the company’s cabin crew members. Unfortunately, the negotiations with the Icelandic Cabin Crew Association have come to an end without a conclusion. On 8 July, the members of the Icelandic Cabin Crew Association, rejected a new collective-bargaining agreement which had been agreed to and signed between the parties’ negotiation committees. Although the negotiations were continued after the results of the voting were announced, it has now become evident that a mutually agreed conclusion will not be reached.”

The company says it has been exploring other options to ensure safety and service on board, and has turned to pilots who are currently on standby to take on the cabin crew responsibility. Pilots will “temporarily” pick up the tasks from 20th July. They will primarily occupy a safety role, as the coronavirus crisis means services will continue to be minimal. The airline has not given an indication as to how long the temporary situation will last, stating only that it will rely on pilots “until a new agreement is reached with a new union”.

Icelandair might opt to begin negotiations with the Union that previously represented the cabin crew and pilots of WOW air. That same union recently reached an agreement with newly formed airline Play which aims to start flying later this year. It might also be possible that attendants who were unhappy with how they were represented by FFI will start their own union. In the last round of voting 26% of FFI members approved of Icelandair‘s offer while 73% declined.

UPDATE (25th JULY): A statement from Icelandair says an agreement has been reached with the FFI Union that will allow the airline to better streamline its operations without cutting the pay of its flight attendants. It is reported that the agreement is almost identical to the original proposal rejected by the Union members but with changes made to a clause that concerns an extra day off for older staff. Members will now vote on the agreement and the result should be known by 27th July.