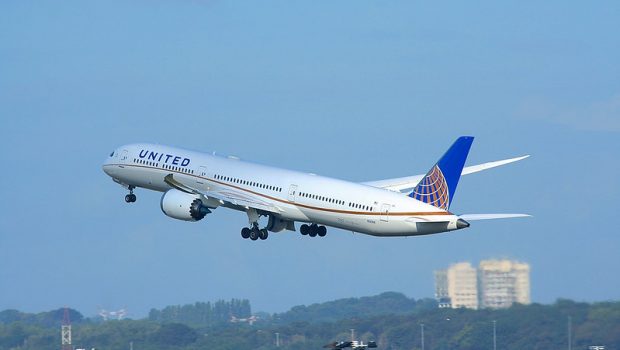 United Airlines have announced their revised plans for their schedule to Ireland for the summer of 2020 as operations start again following the COVID-19 pandemic. United Airlines will return to regular passenger services on the Newark – Dublin route from a four times a week schedule from 6th July. The flight will depart Newark at 19.25 and arrive into Dublin at 07.05 on the following morning. The return service will depart at 10.30, arriving in Newark at 12.45. This service will be upgraded to a daily schedule from 3rd August. United Airlines will be using a Boeing 787-10 Dreamliner on this route.

United Airlines have been operating a cargo only service between Washington Dulles and Dublin since 14th April. The flight carries general cargo and temperature-controlled goods plus pharmaceuticals & medical supplies manufactured by Irish based companies. The previously operated passenger service on this route will not return for this summer but is planned to return from 24th October. This route has been operated by the airlines ageing Boeing 757’s. United Airlines other Boeing 757 operated route to Dublin from Chicago-O’Hare is not planned for a return this year.

United Airlines will however be operating a new transatlantic service to Dublin with the introduction of the first US West Coast route to be operated by a US carrier when they start a direct San Francisco – Dublin flight on 3rd August. This service will be a daily flight operated by a Boeing 787-8 Dreamliner. The flight will depart San Francisco at 16.00 and will arrive in Dublin at 09.50 the following morning. The return flight departs Dublin at 11.50 with a 14.10 arrival into San Francisco.

The previously operated seasonal route from Newark to Shannon will not be returning for the summer of 2020. This was due to return this year similar to previous years, but was cancelled following the COVID-19 pandemic outbreak.